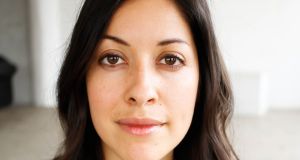 When she was 12 years old, Erica Garza – like many girls of her age – began masturbating. Yet unlike most youngsters who experiment with their sexuality, she began to get hooked on what she calls a potent cocktail of the shame and thrill of sexual gratification, and started watching soft-core pornography on late-night cable TV while her parents slept. As technology inexorably advanced – dial-up, then broadband, then video streaming – so did Garza’s appetite for pornography. Soon, her addiction spiralled out of control. She lost her virginity at 17, ushering in a cavalcade of toxic relationships and flings that left her feeling “broken, unlovable, worthless and used”.

I was worried most about my parents reading it, but they know that writing this book is a big part of my healing process

The book is a sometimes hectic, often absorbing, occasionally titillating account of Garza’s 20-year struggle with sex addiction. Few details are spared as Garza retreads her formative experiences, her sexual encounters, and her eventual path to recovery.

There’s the busty female teacher who gave her high grades in sophomore year that she had a fling with as an adult; there’s the older, attached man she tries in vain to get pregnant for in the hopes that he’ll stay with her; there’s the engagement to a successful filmmaker, marked with jealousy and resentment. Unfulfilling relationships became a sort of psychological lifeblood: there was less risk involved. Caring about someone too much was scary, and so the lonely pattern of flowing in and out of brief relationships continued.

In one particularly disturbing passage, there’s a violent one-night stand with a French waiter that left blood on her underwear and clothes. How did it feel for Garza to write about these situations in hindsight?

“I was lucky, in retrospect, that nothing worse happened,” reflects Garza. “But if anything, writing this book gave me a massive sense of compassion for my old self.”

In the book, Garza describes her shame over her addiction as: “Sickening: letting daylight dissipate and with it all my plans and obligations for the day because I’d rather stay in bed with high-definition clips of naughty secretaries, busty nurses, incestuous cheerleaders, drunk frat party girls and sad Thai hookers.”

Getting Off is a follow-up from a 2014 essay on sex addiction that Garza wrote and published online anonymously.

“Surprisingly there hasn’t been any fallout – the response is a lot more positive than I expected it to be, especially from people who know me,” she notes, reacting to the response to the book. “I’ve received a lot of messages from similar people who are very happy that I’m speaking out and have felt alone in this for so long.

“I was worried most about my parents reading it, but they know that writing this book is a big part of my healing process.”

Growing up in a well-to-do Mexican-American community outside Los Angeles, Garza recounts having to wear a back-brace to treat childhood scoliosis. Her Catholic upbringing, as well as ambivalent feelings about her Mexican background, she notes, meant that shame soon became her default setting.

“My parents never talked about sex with me, and I got lots of mixed messages about sex. We never got an education about sex, or even safe sex, in schools. There was certainly no discussion about the pleasure aspect of sex, or consent.

“That mystery and silence directly affected sex and how I thought to behave in the bedroom,” she adds. “I would end up performing what I saw on the screen.”

By 30, and aware that she had issues around sex, Garza went on a soul-searching trip to Bali, partly inspired by Elizabeth Gilbert’s memoir Eat, Pray, Love. There, she practised yoga and meditation, and found that in terms of acknowledging her addiction, a corner of sorts was being turned. It was around that time she also met her now-husband, app designer Willow Neilson, with whom she has one child, a daughter called Frida.

By the time Garza went to her first Sex and Love Addicts Anonymous (SLAA) meeting back in the US, she was “terrified”, and also slightly surprised to find she wasn’t the only woman in the room.

“I was really scared to be in that kind of space, and scared I would say something that was too revealing, or I’d be triggered by the people there. I don’t think it’s a new thing, women watching or becoming addicted to porn,” she notes. “In very recent times women are coming forward to speak about things they’d previously felt shamed about. But this [women experiencing sex addiction] has been happening for a long time. There’s not much difference between men and women in this regard, it’s just that women have not talked about it before and that narrative has always been centred on men liking sex more and wanting it more than women.”

Early on in her recovery, Garza watched the Steve McQueen movie Shame, in which Michael Fassbender stars as Brandon, a barely functioning sex addict.

“I really connected with that character,” admits Garza. “I’d had a hunch for years that I had an issue, but no real idea what to do about it.”

Meeting Neilson was a blessing, but the path to recovery was a winding one, with “lots of stumbles along the way”.

“It’s tricky trying to handle your recovery as sex is everywhere and the triggers are everywhere,” observes Garza. “It was a huge relief in the very beginning [to be in recovery], though it can be hard to find that sense of balance.

“I was in that clear-headed space [when I met him] of wanting to take care of myself, and he was familiar with 12 Steps [Neilson has previously struggled with drug use]. I felt comfortable enough to reveal I was a sex addict and we were able to hold each other in this place. It was a huge step in the right direction.”

In the end, a combination of talk therapy, 12 steps, yoga, meditation and the Hoffman process – looking at negative patterns and figuring how to dismantle them – has helped to grease Garza’s path to wellness. Garza doesn’t attend SLAA meetings anymore and, she admits, recovery isn’t necessarily a linear journey.

Over 300,000 people planning to cook their first-ever Christmas dinner