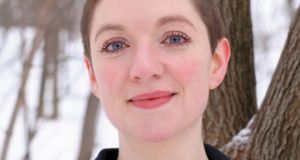 Emer O’Toole: ‘Because I see sexuality as a spectrum, defining myself as gay, straight or bisexual is not the way to describe my sexuality.’ Photograph: Meera Paleja

Before “gay” there was “queer”. “Queer” is a word that I grew up knowing as a playground insult, although it was one I detested and never used, since even as a child there were gay people in my life. So when Emer O’Toole, a Galway native and author with a PhD in Irish drama studies, uses the word “queer” to describe herself, I have to ask her if it’s acceptable these days to use the word if you yourself are not also “queer”.

“Everybody’s queer,” comes the answer. O’Toole believes that all sexuality is “queer”. Sexuality is a spectrum with heterosexuality on one end and homosexuality on the other, with some people experiencing bisexual encounters somewhere in the middle, she says.

O’Toole teaches at Concordia in Montreal; she previously did a BA at NUI Galway, a master’s at Trinity College Dublin and a doctorate at Royal Holloway College at the University of London. She says that “being a woman is, largely, about performance: how we dress and modify our bodies, what we say, what roles we play, and how we conform to expectations.

“I have had many wine-fuelled conversations around the idea of gender as performance. People understand gender to be a natural expression of the biological sex they were born with. It’s not. We’re all born androgynous. The previous paradigm of gender has been disproven. Read Lise Eliot’s Blue Brain, Pink Brain; there are small innate biological differences, but as a culture we have turned them into much larger gaps.”

In Girls Will Be Girls, O’Toole describes her gender-bending coming of age in Galway and her experiences since, including same-sex relationships, her discovery that sexuality is play-acting and her questioning of labels: is she bisexual? Lesbian? Queer? Yet the 30-year-old author now finds herself in the happy position (after all of that same-sex experimentation) of having two lovers, both men. They get on well. It’s all about openness, trust and communication, she says over tea in a Dublin hotel.

As well as sleeping with two Canadian men, she has been writing a book about what it means to “act like a girl”. While her beauty is naturally androgynous, today she looks more like a girl than ever, since she has been growing her hair out by request for a girlfriend’s wedding, and is also wearing make-up, having recorded a TV interview earlier.

“What do you think of my make-up? See this black line along my eyelashes? Does it look natural?” she asks, seeing it as theatre rather than social norm.

O’Toole says taking on sex roles, with all their accoutrements, is a game we all play. I tell her that when I told some young people in their late teens about her theory that sexuality is a spectrum of behaviours, rather than biologically innate, they looked at me askance and said, “Our generation knows that, Mom.” Well, my generation did, too, but with less panache and confidence.

O’Toole, who is now 30, is speaking for her generation. Yet she is also aware “there is serious damage for many older people in the gay community. We are not yet at the stage of healthy self-acceptance that I would like it to be. For the older generation, there is no way to come through the secrecy and shame, when homosexuality was illegal, and not be damaged in some way. The condemnation of society and the church: that presence is still there.”

At the age of eight, she first questioned sexual identity and the labels of lesbian, gay, bisexual and transgender – and, indeed, queer – when watching the St Patrick’s Day parade in Galway. A float representing a Galway lesbian organisation, with women wearing white face-paint, prompted O’Toole’s friends to laugh. But it was her first awareness that not everyone was the same and that theatre and sexuality were inextricable.

Growing up in Galway, as she began to express her own sexuality with women and men, O’Toole formed the impression that within the LGBTQ society, bisexuals were not welcome. She learned that either extreme – homosexuality or heterosexuality – was accepted but that, even among LGBTQ, those who were on neither extreme were suspect.

“Because I see sexuality as a spectrum, defining myself as gay, straight or bisexual is not the way to describe my sexuality. Bisexuals are accused of propping up the gender binary, but my sexuality is not based on being attracted to masculinity or femininity or both. It’s a mixture of who you are attracted to and where you are in life.”

Norman Doidge is a Canadian psychiatrist and psychoanalyst and the author of New York Times bestseller The Brain That Changes Itself (2007) and The Brain’s Way of Healing (2015). He has argued that sexuality is plastic. Liberated of expectations that a stereotypical male must be attracted to a stereotypical female and vice-versa, we fall in love with what or whom we love at particular life stages.

A 15-year-old, says O’Toole, is attracted to other 15-year-olds, but when he is in his 50s, he loves his same-age wife. His sexuality has been gradually transforming and developing, rather than fixed, and that’s healthy.

“Sexuality is not immutable; it is constantly changing along with the people we become,” she says. Culture and history also play a part, as sexuality is defined differently according to era. What is feminine becomes masculine and vice-versa. We are all cross-dressers, she says, displaying our sexuality according to fashion.

Polyamory, which is O’Toole’s way of being sexual, is, she says, a more “freeing and honest” way of living. “One of my partners wants children in the future, and we have discussed how we will make it work.”

The other partner will remain in her life, while she and the partner who wants children discuss how they will name them, perhaps using the Scandinavian tradition of “mother’s daughter” and “father’s son”, but definitely not double-barrelled. “In Gaelic society, they didn’t name children based on the father’s name,” she says.

O’Toole says her parents are “supportive”, although her mother, who works at a family-planning clinic in Galway, can find it “challenging” whenever her daughter “publicly denounces Ireland’s oppressive and misogynist abortion regime in the Guardian”. Her father lives in Russia, where he teaches English as a foreign language.

O’Toole’s brothers, in a loving dedication in her book, are told, “Ronan and Ciaran, never liked ye”, which can only be interpreted to mean that she loves them very much.

“I love Ireland to pieces, I study it, I teach it, but it is so sexist. What drives me madder than the sexism is the complete lack of awareness of the sexism. Women have 12 per cent representation in parliament, 90 per cent of schools are run by that misogynist institution the Catholic church, and you can’t get a safe, legal abortion, and people still ask me, ‘Do we need feminism?’ ”

It riles her, clearly, even as she sips her coffee. O’Toole’s next book will be about the traditional nuclear family, and how it is an economic capitalist construct coming to the end of its useful life.

“The family is the basic building block of capitalist society. For capital to accumulate, you need the traceable patrilineal family unit. Patrilineal descendancy is the building block that allows capital to pass from one generation to the next. We’re at late-stage capitalism, where we are seeing change and diversification in the nature of the family as we move into a postcapitalist era, and it’s happening in such rapid and revealing ways: new ways of conceiving, more families of separation and divorce, gay families, surrogacy. . .”

She knows couples who are together simply to have families, not because they are romantically involved. “In the historical context, the idea of two-parent families is culturally specific. The kinds of families that were ‘normal’ are diminishing, and so many people are living in alternative structures. I want the next book to be a celebration of them.”

“Dublin is so cutting-edge, so experimental; audiences are being trusted to understand and engage with challenging material. There’s nothing wrong with the state of Irish theatre. You are so lucky in Ireland; theatre is better than in London, where they have five times the budgets.

“It’s hard being away in Montreal, but I get home a few times a year.”

The next time she’s home will be for the wedding of her friend in August, for whom the usually androgynous O’Toole has promised to grow her hair, get fake tan, wear make-up and a bridesmaid’s dress, committing fiercely to whatever role- playing is necessary, out of love for her friend.

It’s all a spectrum.

Girls Will Be Girls: Dressing Up, Playing Parts and Daring to Act Differently is published by Orion Books