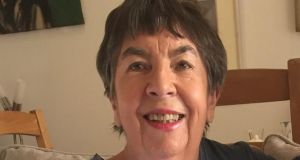 Eileen O’Mara Walsh: ‘Her bohemianism was a strength’

Eileen O’Mara Walsh, who has died at home at the age of 79 from cancer, was a prominent figure in the Irish tourism industry for nearly four decades. She was the first woman to chair the board of a commercial State company, Great Southern Hotels; the founder and first chairwoman of the Irish Tourist Industry Confederation; and chairwoman of Forbairt ,now Enterprise Ireland, for five years. Her many other roles included director of Aer Lingus, chairwoman of Opera Ireland, governor of St Patrick’s Hospital, a trustee of the Medieval Trust and Dublinia, and a member of the International Women’s Forum.

O’Mara Walsh was born in Limerick, one of three daughters of Power O’Mara, a businessman, War of Independence exile and son of a well-known operatic tenor, and English beauty Joan Follwell, whom he met in London. Follwell was a socialist, a Catholic convert and a woman of style – she was the first woman to wear slacks in Limerick and was famous for her hats. She was also a secret protegee of the philosopher Bertrand Russell, who sent her many lengthy letters in her early 20s. Joan was an avid reader and independent thinker, and her love of Victorian literature was an ineradicable literary legacy left to her three daughters.

Returning to Dublin in the 1960s, she was part of a bohemian circle of artists, writers and poets

After leaving school in the Dominicans in Muckross, Eileen spent time in Belgium as a student teacher and the following year went to London, working in the Grosvenor House Hotel on Park Lane before leaving for Paris. There, through family connections, she got a job in the headquarters of UMOFC, an international Catholic women’s organisation. She established many friendships and started a relationship with a French artist, deepening her understanding of France and French society.

Returning to Dublin in the 1960s, she was part of a bohemian circle of artists, writers and poets. She began what would become a lifelong relationship with the talented but mercurial Mayo painter Owen Walsh. In 1963, after periods with the Irish Council of the European Movement and Alliance Française, she moved back to Paris with Walsh as a travel adviser for the Irish Tourist Board in Paris.

In Dublin her experience proved valuable for Usit, then setting up charter flights for Irish and French students between Dublin and Paris. She also pioneered a number of cultural and heritage tourism initiatives at this time.

In 1978, and a single mother of a small child, she finally set up her own company O’Mara Travel, and secured Club Méditerranée as a trading partner, a relationship that lasted for 30 years. According to Susan McKay, “her bohemianism was a strength – she came to the male world of business already comfortable as an outsider used to being unconventional”.

Her successful handling of the visit of Princess Grace and Prince Ranier to Ireland was a major boost to her profile, which led to the establishment of the Irish Tourism Industry Confederation in 1984 and a government invitation to chair the new Great Southern Hotel Board. She remained a director for 15 years and also joined the board of Aer Lingus.

As her public reputation and other ventures grew, she became founder trustee of the Medieval Trust – Dublinia and chairwoman of the semi-State agency Forbairt. Despite a brush with breast cancer and nine months of chemotherapy, she kept O’Mara Travel and other demands going successfully. In 2001 her son Eoghan joined the company. In 2006 she received an honorary doctorate from Dublin Institute of Technology for her contribution to the Irish tourism industry. Right up until her death she remained involved in many advisory roles. In 2009, as a mature student, she was awarded a first-class honours degree in French and English from UCD.

Her memoir The Third Daughter, a fascinating, well-written family history and a blow-by-blow account of her cosmopolitan career and wide circle of friends in business, politics and the arts, was well received when published by Lilliput Press in 2015. There are shrewd assessments of Irish politicians and civil servants and her turbulent but profound relationship with Owen Walsh, whom she cared for in his dying years, is frank and moving. According to her son, Eoghan, of all her achievements, it was the one of which she was proudest.

Eileen O’Mara Walsh is survived by her son, Eoghan, her daughter-in-law, Yvonne, granddaughter Ava, as well as her extended family.