When the actor was told by his cruel, ailing father that he was not his son, the revelation inspired a memoir that puts a positive spin on a tough childhood 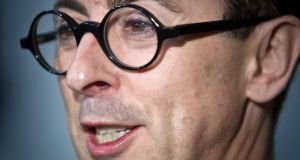 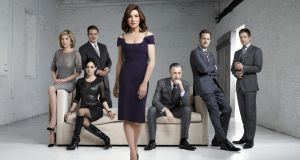 Prior to his father’s revelations he had been planning to write something very different – something more akin to a celebrity memoir, suggested to him, of course, by another celebrity.

He said that? “Yeah, he did. So I wrote a story called I Am Writing this Because Gore Vidal Told Me To, all about that weekend with Gore and Howard [Austen, Vidal’s partner] and some of the stuff he was saying.”

Cumming’s original idea for a book, he says, “wasn’t a frothy thing. The idea was to write about what it’s like to be hosting a big gala and how insane it was. It would be more than just . . . [he feigns a haughty and offhand tone] . . . ‘I was talking to Princess Margaret the other day.’ It would be writing about it for an outsider.”

About the ridiculousness of it all? “Yes, exactly.”

With his father’s revelation and its consequences, however, it was clear that he had quite a different book to write. “After that summer I couldn’t really stop talking about it,” he says. “It was so intense that it just took up my every waking minute. And during that time I told the story a lot to taxi drivers, to anyone who was around, and in doing that I realised how great a story it was. And I got better at telling it and I realised that, through my storytelling, it would be quite a good thing for me to put it out there, just to kind of expunge it.”

In order to tell that story, he says, it was crucial that people understood the complex nature of his relationship with his father. The saddest parts of the book present us with a terrified child learning to navigate a grown man’s violent rages. Once, on an angry whim, Alex shaved his son’s hair off with rusty sheep-shearing clippers. Was it difficult to write about these things?

“Over the years I’ve not thought about those things as vividly as I’ve depicted them in the book,” he says. “Writing them down and going back and editing and trying to create the mood and the fear and the anxiety for that and other scenes – I don’t have that experience all the time.”

Even at the time, he says, he knew his father’s behaviour was wrong. “That’s an amazing thing to me, because what abusers rely on is the fact that they control their environment, that they’re the king. For me, to have been so young and to have worked that out, I’m very proud of myself.”

He still finds his father’s actions hard to understand. “I think there were various personality disorders and undiagnosed mental issues. His lack of remorse, his inability to consider anyone else’s feelings about anything, it’s quite a giveaway that something was not quite right. The only conclusion I can come to is that there was something wrong. He was ill.”

His father, who he was largely estranged from at this point, “wasn’t much for vocal cheering”. His mother, whom he adores, “was kind of worried. For years doing films in Hollywood, I’d say, ‘Yeah, mum I got this job’, and she’d say [he adopts a thicker Scottish accent], ‘Oh good. Are you getting paid for it?’ She was always asking was I getting paid.”

These days, I suspect she doesn’t worry so much. After a failed marriage, a nervous breakdown and a confrontation with his father in his 20s (documented in the book), Cumming has had Hollywood success in films such as X-Men 2 and The Smurfs franchise (he’s unrepentant). He introduces Masterpiece Theatre on PBS and recently fronted a Sky series, Urban Secrets, for which he visited the Casino at Marino (“I live next door,” I tell him. “I love that place,” he says). He also, of course, stars in the incredibly successful and incredibly good drama The Good Wife. “It completely fell into my lap. The great thing about it is that I’m not flying around the world. For nine months of the year, I have a life and I’m at home. I didn’t realise how much I missed that stability.”

Although he loves Scotland and campaigned for a Yes vote in the independence referendum, he became an American citizen in 2008. “Even becoming a citizen is like a game show in America,” he says. “[At one point during the test] you’ve got to get six questions out of 10 right. When I did it, I got the first six right and the man actually said, ‘You’ve got the six; do you want to go for the 10?’ ”

He has learned to embrace the dafter side of celebrity: “walking down the street and being aware everyone’s looking at you, or seeing your face on a bus, or having your dressing room sponsored by a liquor company because you can [his Cabaret dressing room is really sponsored by a liquor company]. Or doing daytime television with Kelly and Michael live at nine in the morning, discussing a book about child abuse. It’s surreal.”

As a child, he says, he couldn’t express joy lest it anger his father. “I think I’m the opposite of that now,” he says. “I definitely seize the day. I’m not one of those people who lets life go by. I do think it is a very positive book. Without a positive spin on it, I don’t think it would have been a book. I don’t think there’d have been a point to it. But actually it is amazing to me that we came through it – my mum, my brother, my husband – we came out of it so strong and so well.”

Not My Father’s Son is published by Canongate

‘We have kids who can’t touch their toes’
7