Our Wedding Story: A bride and groom made out of bales of hay were more popular than the couple

Tramore native Alison Kenny is a radiographer at Tullamore hospital and met Ross Hendy, a farmer from Clonbullogue, Co Offaly on a Today FM Ski Trip in Austria in February 2014.

A month later, “for the craic”, Alison invited Ross and his friends to a house party in Waterford. They got engaged on December 20th 2014 in the garden of the Kenny family home where there’s a plaque dedicated to Alison’s mother Jill who passed away in February 2011. 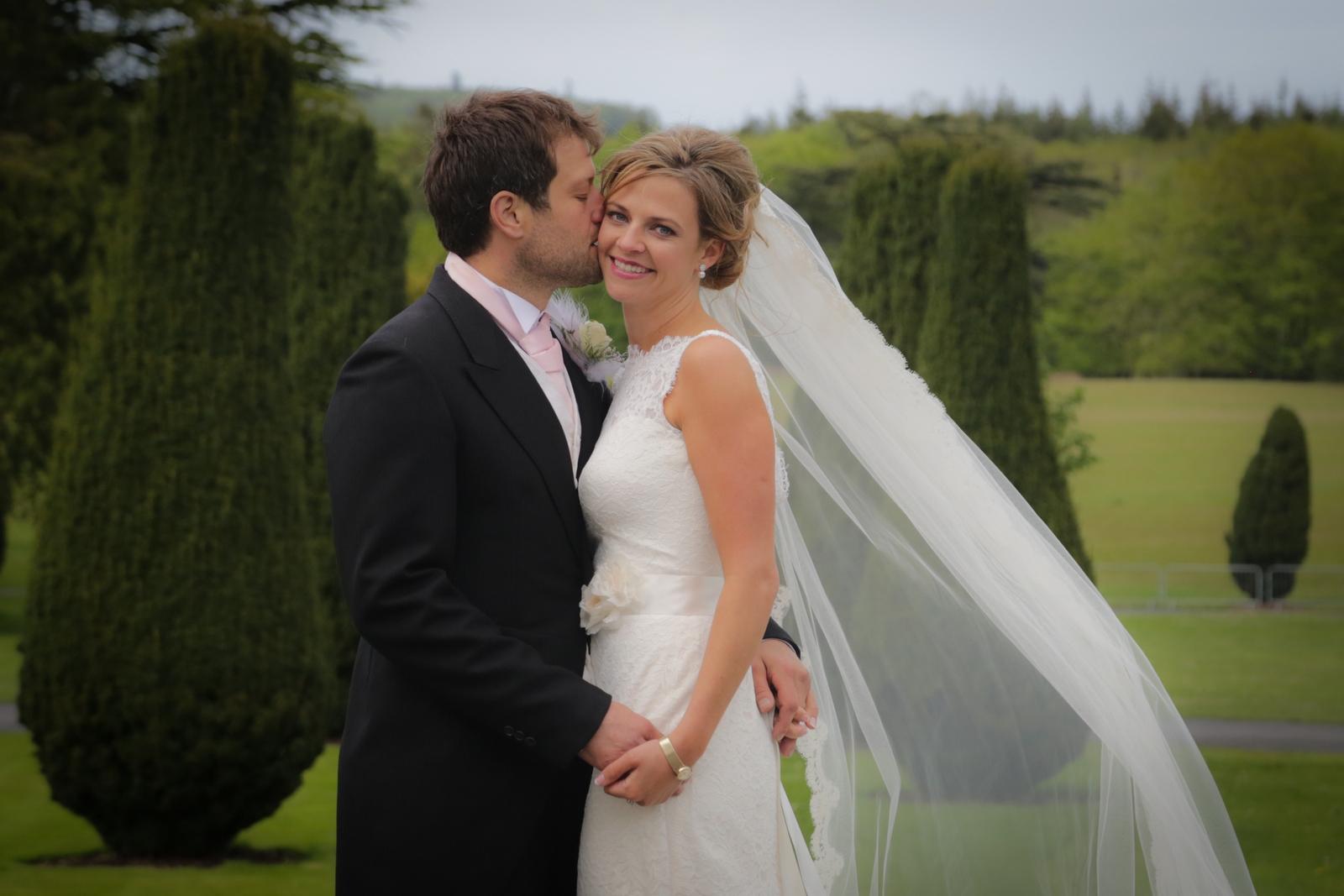 Ross asked Dave Kenny if he could propose to his daughter there.

“He got down on one knee and asked the very important question,” said Alison. “He had the ring perfectly positioned beside mum’s plaque to include her in it all. About half an hour later the sun left us, so to me that was mum looking down on us with approval.”

Alison’s father gave her Jill’s wedding band which is engraved with the date of their own wedding 43 years ago.

To accommodate Ross’s busy season between June and November, they were married on May 16th 2015 in St John’s Church in Killenard, Co Laois, and had the reception at the Heritage Golf and Spa Resort.

Photos of the newlyweds with their families – including Alison’s brother Paul Kenny, Ross’s parents Eleanor and Lambert Hendy, and sisters Clodagh Hassett and Jemma Sinclair – were taken in nearby Emo Court.

Alison’s dress was from Eden Manor Bridal in Wexford and the men were suited out by Galvin Tullamore.

The bride, her bridesmaids – sisters Rachel Mulcahy and Fiona Cullen and best friend Suzi Doheny who flew home from Australia – and flower-girls, nieces Ali Mulcahy and Jodi Cullen, spent the morning of the wedding getting ready at home in Tramore.

The band and DJ were Waterford-based Brand New Cadillac who the bride said “were better than amazing.”

Any particular highlights for Alison? “Ross made a bride and groom out of bales of hay which were placed outside the doors of the hotel. They were more popular than the bride and groom.”

The honeymoon was in the Maldives.

Wrap up your plants against winter’s chill - some may thrive, while others need a little help
Muqtada al-Sadr: Part popular mystical figure and part militia boss who whips up a mob at a whim
‘A true gent, a legend’
Local community groups step up opposition to those protesting about asylum seekers in their areas
Ross O’Carroll-Kelly: Sixmas is what I call the Six Nations Championship – the most wonderful time of the year

Ticketmaster dominance is why Swifties can’t have nice things, say lyric-armed US senators

The perfect scone: building on the work of six baking giants

Medical gaslighting: ‘No man would be asked if they suffer from panic attacks while having a heart attack’

Soup: The comfort dish for all occasions

Six Nations: All eyes on France as World Cup year gets under way