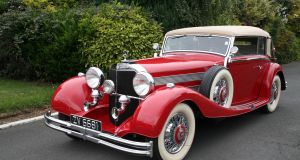 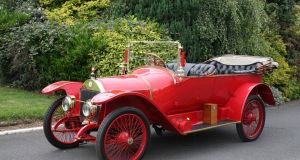 A selection of the most iconic and rare vintage passenger cars from the acclaimed O’Flaherty Mercedes-Benz Classic Collection is to go on exhibition for the first time.

The collection is the result of years of passionate interest through three generations of the O’Flaherty family, one of the most influential names in the Irish motor business.

Initially started by Stephen O’Flaherty, Motor Distributors Ltd (MDL) was the first dealer to assemble the Volkswagen Beetle outside Germany, after he acquired a franchise in 1950. The assembly plant was on the site of an old tram depot on the Shelbourne Road in Dublin 4.

In November 1954 O’Flaherty secured the Irish franchise for luxury brand Mercedes-Benz and, after moving VW operations to the Naas Road, assembly of Mercedes cars for Irish buyers began at the Ballsbridge site.

It’s now the location of the company’s MSL Ballsbridge Motors dealership, complete with plenty of memorabilia from those historic days, and the recently refurbished showrooms are playing host to the collection’s display.

Two of the most prized models in the O’Flaherty Mercedes-Benz Classic Collection are a limited-edition working replica of Karl Benz’s famed 1886 Benz Patent Motor Car, the world’s first passenger car, and an 1898 Benz Velo Comfortable – the first motor car ever imported into Ireland.

Amongst the other models that will feature for periods throughout the course of the year will be an extremely rare 1911 vintage Benz model 8/18, the imposing 1935 Mercedes-Benz 200 two-door sports roadster, a 1936 500 K Cabriolet and a two-door 1955 300 SL Gullwing.