One-stop swap shop based on €2,000 VRT rebate on cars six years or older 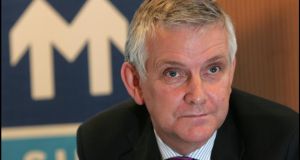 SIMI Director General Alan Nolan: “If you introduce a Swappage scheme, approximately €8,200, on average, of the price of every new car is taxes.”

The scheme, dubbed Swappage, is designed to work in a similar way to the previous Scrappage shemes, this time with a rebate on the Vehicle Registration Tax payable on a new car of €2,000 to encourage owners of cars six years old and older to trade in and trade up.

Speaking to The Irish Times, SIMI’s Director General, Alan Nolan, said: “one of the good things about Swappage, and of Scrappage in its time, is that it’s actually about giving the state more income. If you introduce a Swappage scheme, approximately €8,200, on average, of the price of every new car is taxes. So people will queue up and quite happily to buy a new car and pay quite a considerable amount of tax.

“If you give part of that away, and we’re talking about €2,000, you still collect an extra €6,000-odd on cars that would otherwise not have been sold. So you’re actually contributing €129-million extra at a time when the state needs raw income. So this is not about spending money, this is about driving tax revenue but in a way that people are happy enough to pay because they’re getting something for it.”

According to SIMI’s figures, such a scheme would increase new car sales in 2014 by as much as 17,000 units, far above the 3,000 unit sale level that it estimates would be needed for the State to break even on introducing it. Furthermore, the Society estimates that it would create 2,200 new jobs within the car trade and, because people would likely trade-up to lower-emissions models, reduce Ireland’s transport Co2 emissions by as much as 11,500-tonnes.

But do we need such a scheme? Car sales are down again this year on last, and have been consistently down ever since the recession first started to bite in late 2008. They are running at around 50 per cent of their pre-recession levels, and the impact on the motor trade has been profound. Car-based employment has fallen from 49,600 to 36,800 and 150 dealerships and garages have closed.

Nonetheless, sales have picked up somewhat in the second half of this year with the introduction of the new 132-numberplate and the second registration period, something that Mr Nolan acknowledges. “This year what happened was for the first quarter of the year we were down about 14 or 15 per cent on last year. We then had the 132 introduction and a really fantastic result I would say. Last year, July and August together counted for about 11 per cent of the year’s registrations, for this year they same two months will be creeping up to about 25 per cent of the year, and for year one of the second registration period, that’s a phenomenal performance.

“But if we look at May-June-July-August together, we will show a growth on last year of around 4 to 5 per cent, in market that overall was down by around 14 to 15 per cent. So you can turn a bad start around. But you have to look at the overall numbers for the year and this year is, again, an appalling year for the motor industry. It has dropped from 80,000 sales last year and with the help of 132, we will hit around 74,000 sales this year. Without 132, we would have been looking at maybe 67,000, so it has helped but this is still a very poor year.”

The issue facing the Irish motor trade is, according to SIMI, a structural one. The average age of the national car fleet is increasing fast, and is already coming close to nine years. At that point, the drop-off in residual value of a car reaches a point where it is very difficult for an owner to get a decent trade-in price for their car, effectively shutting them out of the new car market. That being the case, SIMI fears that those customers may not return to the market for a considerable time, perhaps ever, denying its members much needed sales and the Government much needed tax take.

“What we’re saying is that because of this, the market will not recover naturally. Most people buying a new car have a car to trade in” says Nolan. “For many people that trade in their car is now six, seven, eight years old. So for many of them the price of change is too high and the State will not reap the benefits of 120,000, 130,000 new cars sales unless we do something about this.

“They’re not in a position to buy a new car, so the idea is that a buyer with a car of six years or older to trade in would get a VRT rebate of €2,000. We believe that will bring people into the market who would like to, whose cars do not currently have a level of value that who would allow them to do so. And more, that sale would start a cycle of business; that trade in can be repaired or serviced and sold on again to another owner for whom it would be an improvement in both safety and economy, all the way down the line until a much older car drops off the end. It drives further VAT and further employment beyond the direct Swappage benefits.

“This is actually about saying to the Government that we need to move away from austerity. We’ve seen increases in VAT and VRT, yet the increase in rate did not increase the Government’s take because the unit sales dropped. So for all the reasons you’ve said, for schools, for the Gardai, for hospitals, the State needs to take taxes in. So a proposal like this can both bring in €129-million and support employment, well that has to be a winner. Can we get it over the line? Well, that’s a political issue and we will certainly have it on the agenda. We think it’s time to move away from austerity and to show that you can increase the tax take by encouraging business and turnover and we think it makes sense at this stage.”

The issue facing SIMI, and the wider industry, is that it has been down this road before. The Scrappage scheme introduced in 2010 was indeed successful, but its effect was strictly temporary and car sales fell flat again soon after. There is a potential argument that Swappage is what the trade needs to kick-start sales again as a hopeful general economic improvement arrives, but the Government could just as easily take the line that any such economic improvement will increase car sales by itself, so an incentive scheme is simply not needed.