First drive: BMW’s M2 is fast and furious but maybe not the full M-package

370hp 2 Series has the poise and power, but does it have the ultimate character? 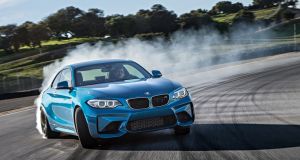 BMW’s M2 is fabulous. Lots of revs, endless power, tireless brakes and pin-sharp handling balance. But there’s a but. 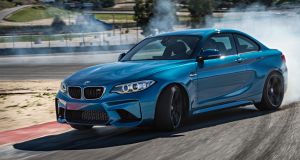 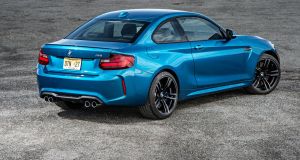 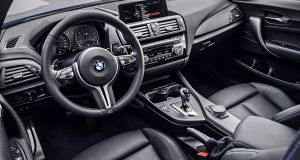 The new BMW M2 goes like the clappers and is still practical (decent back seats, claimed 35mpg) to do service as a daily driver. 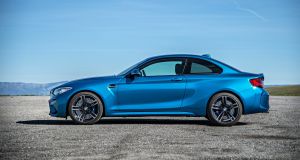 Stepping into the new BMW M2 coupe is a little like falling down the Time Tunnel into a distant past when BMW’s range was a touch simpler. It seems to hard back, beyond the age of the X-models, the i-cars and even the idea of BMW building anything other than a four-door saloon or two-door coupe (plus the odd estate). A time when if you said you were buying a BMW, people already knew what it looked like before they saw it.

And that’s a good thing. For too long, BMW’s M-cars have been getting bigger, fatter and more complicated. The utter nadir surely being the M-badged variants of the X5 and X6 SUVs which are, certainly, fast and sure-footed, but hardly in keeping with a tradition that began 40 years ago with the original wedge-shaped M1 (or slightly further back if you, rightly, include the 2002 Turbo as an honorary proto-M-car).

Actually, it’s that original 2002 Turbo to which the new M2 is probably most closely related. While BMW throws in mentions of its obvious predecessors, the 1 Series M Coupe and the original E30 M3, it’s the 2002’s pugnacious looks, and prodigious turbocharged power, that the M2 seems most likely to emulate.

The engine, a 3.0-litre straight-six of course, but with force-fed air from a twin-scroll turbocharger, makes for mouth-watering reading if you have a fetish for vehicle performance figures. Yes, of course I do, as if you need to ask… 370hp is fed to the rear wheels (and, thus far, the rear wheels alone - no xDrive 4WD option as yet) through either a six-speed manual gearbox or an optional seven-speed M-DCT dual-clutch affair. The M-DCT version is the quickest - if you use launch control you’ll get to 100km/h from standstill in just 4.3 seconds. The manual gearbox version takes 0.2 seconds longer; a positive aeon in M-car terms. It’s also slightly dirtier, registering a 199g/km Co2 figure, while the DCT version manages 185g/km.

That maximum 370hp is aided by a diesel-like torque curve, which is rated at 465Nm, but which can deploy 500Nm on overboost when the engine management decides the situation requires it. It’s all accompanied by a muted straight-six growl, which is augmented by the in-cabin sound system.

And that’s where the M2 starts to undermine its own case a little bit. Why on Earth does or should a proper, pukka M-car need a fake engine sound generator? OK, I accept that the turbo attached to the engine makes it, naturally, a bit quieter, but is fakery the way to go?

Still, at least there’s no faking in the chassis department. The M2’s suspension is actually donated, in large part from the M3 and M4 - lightweight aluminium suspension components abound, and the 19” lightweight forged alloys are wrapped in a thin skim of Michelin Pilot Super Sport tyres. There’s also the famed M-Differential which helps you to tweak the back end out for lurid drifts, if you fancy.

Which should mean that it’s the ideal track day car, right? And BMW brought us all the way to Laguna Seca, the legendary race track nestling in the Monterey hills north of Los Angeles to prove the point. And even Augusto Farfus, BMW works racing driver, was on hand to show us the way around.

And up to a point, the M2 was fabulous. Lots of revs, endless power, tireless 380mm brakes and pin-sharp handling balance. But there’s a but. I have to stick my hand up and say that I’m not a great track driver and that Laguna, with its fast corners and the legendary, four-storey-high left-right flick called The Corkscrew, left me generally pretty terrified, but the M2’s prodigious power can actually make it a bit of a handful on the track.

Driven in Sport + mode which dials back the electronic assistance just a little, powerslides were there for the taking, and if you didn’t time them quite right, you could end up with a lot of car left to gather up and not much track left to do it in before the next bend.

And the turbocharged power delivery could catch you out a bit too, dumping sudden amounts of power into the rear tyres when you didn’t quite expect it to. Or maybe that was just me. Either way, it’s most definitely not one of those road cars that feels out of its depth on a race track - it steps right up to the Laguna Seca challenge.

Actually, on the road, the M2 came much more into focus. Fast, agile, lithe and much more fun and accessible than it felt on the track. The suspension is very, very firm and the tyres a touch noisy but when you’re not exploring the outer edges of the car’s (or your own, ahem) limits then there’s just a huge margin of brilliance engineered in. It feels more like a racing car in civilian clothes on the road, rathe than just the flat-out, full-on racing car that it feels on the track.

The relatively plain cabin is actually rather refreshing, considering how many overblown car interiors, all TFT display and no ergonomic rigour, there are. The M2 gets a veritable battery of high-tech options including a full BMW Connected suite, which can be equipped with apps that communicate with your GoPro camera for recording your hot track laps (the racing bore’s equivalent of holiday slides) and a lap-timer for recording your best efforts (the racing bore’s equivalent of train-spotting). Again, quite why an M-Car needs such things is beyond this old luddite but I guess they’ll keep you entertained in traffic jams.

As a neat, compact and relatively stealthy high performance coupe, the M2 fits the classic BMW hot-car mould just about perfectly. It looks gorgeous, goes like the clappers and is still practical (decent back seats, claimed 35mpg) to do service as a daily driver. At €78,000 it’s not cheap and that’s a price tag thrown into sharp relief by Ford’s God-like Focus RS and it’s €52,000 sticker - and it lacks the easy-access of the Ford’s performance envelope.

On top of which the tech fixtures do tend to distract from good-old fashioned driving fun but I think we can reserve a place for it next to the 2002 in BMW’s hall of M-car fame. It’s not quite the full-one M-car superstar for which we were hoping but it’s fantastic fun in the right circumstances, and a welcome throwback to better times in this SUV-obsessed world.

Verdict: Staggeringly fast and with a snake-bite-sharp chassis. Gorgeous to look at too but has the tech overwhelmed the classic M-car feeling a little?