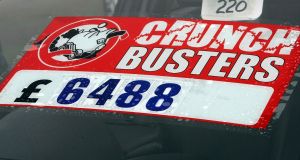 If the figures are anything to go by, the officials at the vehicle registration offices must be working overtime. By the middle of July, 50,836 used cars were imported into Ireland from January 1st, an increase of 42 per cent compared to the same period in 2016. That’s a massive number of cars, especially considering that new cars sales for the same period stand at just over 100,000.

While there was a time when used imports served a purpose, providing a steady stream of used cars in a market suffering from limited supply, it’s now generally accepted that used imports are eating in to new car sales. It is time, argue many dealers, for the financial gurus at the Department of Finance to sit up and take note.

It is all being driven by Brexit and the consequent fall (plummet, even) in the value of sterling. While the euro-sterling rate has fallen back a touch from the near-parity the two currencies achieved in the wake of the Brexit vote last year, continuing political turmoil in the UK has conspired to keep values low, with a general average of 85 pence to the euro.

That’s enough to make buying a car in the UK and importing it into the Republic a viable prospect, even more so since the UK new car market has gone through a period of rapid expansion over the past four years, only to fall back in the past few weeks. That means there’s a lot of used cars in the system, and with political moves afoot to curb the use of diesel, many low-CO2 cars are now falling in value making them bigger bargains still.

So, to stress test the market, we thought we’d make it a little harder and a little easier at the same time, by restricting our search to Northern Ireland. That makes it harder for the used car in question to be a true bargain, as prices in the North are generally a little higher than in England.

As Ashley Winston from car-finding firm Palmdale puts it “We don’t source from the North. Not that we wouldn’t do it, but it’s not where the best value is at the moment. Proximity to the Irish market is the driving factor. England seems so much further away, so the ease of access seems to keep vehicle values a little higher in the North. We don’t know that for certain or if it is the only factor but it makes a lot of sense.”

Indeed it does, and shopping up North makes sense for Irish buyers too as there’s no need for a plane ticket nor a ferry, adding to your potential savings. The most you’ll need to spend when shopping in Northern Ireland is €60 for a tank of fuel, maybe €40 for a meal and €80 for a hotel or B&B if you need to stay overnight. A lot cheaper even than Ryanair, and that ease of access is the “making it easier” part.

So, did the North’s higher used-car values mean we’re saving potentially less than we would in England or Wales? No. Not much at all. Yes, you could potentially bag yourself a bigger bargain by shopping in Bristol rather than Belfast, but that involves the hassle and expense of a flight and a ferry. This way, you can be up and back in a day, with only the Vehicle Registration Tax (VRT) inspection to organise.

Taking the top 10 vehicles currently being imported, the average saving was €4,225, with a peak saving on one model of €9,586. For comparative purposes, we restricted our search to 2015 model cars, all being sold by accredited or main franchise dealers.

Doubtless you could argue a decent discount on any of the asking prices, so these figures are indicative rather than specific. And there may be extra costs incurred.

For conversion purposes, all currency exchange values were taken at a rate on July 20th of £1 = €1.116. The rate may have fluctuated since then, and will continue to do so, but the overall story remains the same: price differences largely down to Brexit are leading many buyers across the Border. Once again, as with the onset of the last recession, the first signs of changing economic winds are felt on the forecourts.