The timeframe will pit the tech giant directly against new electric models from the likes of Tesla and more established car firms like General Motors, Toyota and Ford 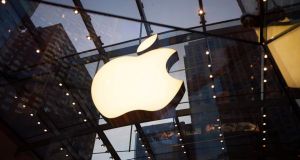 Apple plans a new all-electric car for sale by 2020

Apple, which has been working secretly on a car, is pushing its team to begin production of an electric vehicle as early as 2020.

The timeframe - automakers typically spend five to seven years developing a car - underscores the project’s aggressive goals and could set the stage for a battle for customers with Tesla and General Motors, both of which are targeting a 2017 release of an electric vehicle that can go more than 200 miles on a single charge. “That’s the inflection point - the proving ground - that brings on the electric age,” Steve LeVine, author of “The Powerhouse,” a book about the automotive battery industry. “Now you have Apple coming in and this is critical mass. Was GM really going to be able to match Tesla? Apple can.”

Apple, which posted record profit of $18 billion during the past quarter, has $178 billion in cash with few avenues to spend it. Its research and development costs were $6.04 billion in the past year, and Chief Executive Officer Tim Cook is facing increased pressure to return cash to shareholders.

The CEO has been pushing the iPhone maker to enter new categories to further envelop users’ digital lives with Apple’s products and services. Apple’s possible foray into cars follows a similar path it’s taken to break into other industries. The company wasn’t the first to make a digital-music player or smartphone, and only entered those markets once it had a product that redefined those categories. Apple representatives declined to comment for this story.

Tesla’s success in creating a startup car company has shown that the traditional barriers of entry into the auto industry aren’t as difficult to overcome as originally thought, said one source. At the same time, automakers have struggled to bring technical leaps to car development, something that Silicon Valley is also seeking to accomplish. For example, Google has invested in developing an autonomous vehicle since 2010. Apple may decide to scrap its car effort or delay it if executives are unhappy with progress, as they’ve done before with other secret projects, the people said.

The car team, which already has about 200 people, began ramping up hiring within the past couple of months as the company sought out experts in technologies for batteries and robotics, said one of the people.

An experienced automaker typically spends five to seven years developing a new vehicle before bringing it to market, according to Dennis Virag, president of Automotive Consulting Group. “If you’re starting from scratch, you’re probably talking more like 10 years,” Virag said. “A car is a very complex technological machine.”

A lawsuit filed this month gives a window into Apple’s efforts to create a automotive team for the project. Apple began around June an “aggressive campaign to poach” employees from A123 Systems LLC, the battery firm said in a lawsuit against Apple filed this month. Apple hired five people from A123 and has tried to hire battery experts from LG Chem Ltd, Samsung, Panasonic, Toshiba and Johnson Controls, according to the lawsuit. “Apple is currently developing a large-scale battery division to compete in the very same field as A123,” the battery maker said in a separate state-court filing.

The recent hiring effort at A123 began with Mujeeb Ijaz, a former Ford engineer, who founded A123’s Venture Technologies division, which focused on materials research, cell product development and advanced concepts. He began at Apple in June and began hiring direct reports from A123’s venture technologies division, which he had headed. Tesla CEO Elon Musk, speaking earlier this month, said that Apple was seeking to hire away his workers, offering $250,000 signing bonuses and 60 per cent salary increases.