That sinking feeling: is it worth buying a house with subsidence?

Cracks in the walls need not be a deal-breaker, but putting it right can come at a cost 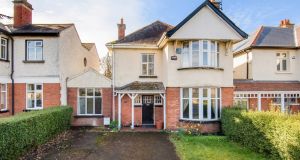 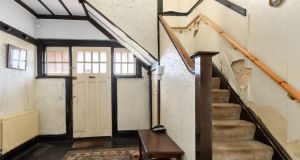 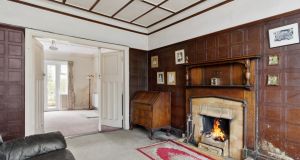 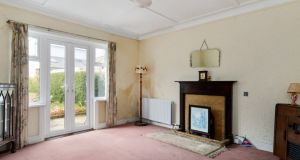 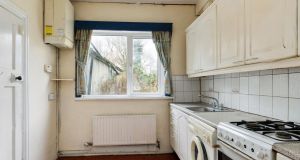 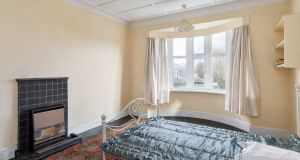 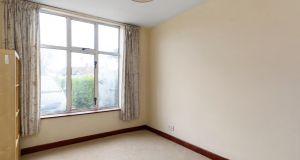 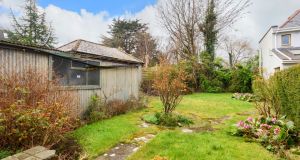 What do you do if you discover the house you want to buy has movement or subsidence? Is there scope to remedy it without losing a fortune? The answers to these questions depend on the size of the property, the nature of the subsidence and the depth of your pockets and resolve.

An example currently on the market is number 60 Orwell Road, a four-bedroom detached house of 135sq m seeking €795,000 with agent DNG. From the outside it looks like a fine detached Edwardian home but, even if you miss the subtle cracking below the bay window and above the front door, once you cross the threshold the floor feels a little like standing on a boat at sea. In the front room there are substantial cracks, and in the diningroom, to the rear, the furniture is listing at an angle.

It’s the kind of renovation project that would stop most people in their tracks. But fortune favours the bold, as the owner of the house next door discovered. He bought his semi-detached home in 2018 for €655,000, according to the Property Price Register, knowing that it had subsidence and needed to be underpinned.

Having spent decades working in property development, he took a punt. Before buying he estimated the upgrade works would cost about €200,000; that is to insulate, replumb, rewire, future-proof and build an open-plan kitchen/living diner that modern buyers want. He took the view that since he was already doing extensive remedial works, the dropping of piles into the ground to secure movement wouldn’t be that much more disruptive. He also planned to install underfloor heating so was going to have to go into the ground anyway.

Structural engineer Garry Flood, director at JB Barry and Partners, costed the work at €16,000 – not a huge additional outlay to add to the €200,000 budget. (These trade costs are an estimated 20 per cent less than the “retail”costs most buyers will pay for similar work.) The depth of the dig will also influence costs. In this the case the drop went down 6 metres.

There may be evidence of settlement in the first six to 12 months of a building’s life and then it stops, Flood says. “What is worrying is evidence of recent movement,” he says. It can be remedied using mass concrete or screw pile underpinning, which first requires a geo-technical investigation that includes digging holes to determine how far down you will have to dig. Such a survey will cost in the order of €3,000, Flood estimates.

If you’re looking at buying a home, a good building surveyor will see the telltale signs of subsidence from the minute he or she crosses its threshold, Flood says. “Clues may be seen in cracks in the bricks, the fact that windows aren’t fitting properly and floors that slope,” he explains. Skirting boards that don’t line up and fireplace hearths are other areas to note.

Doors that jam or that have been shaved at the top is another giveaway, says Flood. He suggests checking to see if the door top and/or bottom is at right angles to the door edge.

There is no public record showing where pockets of subsidence exist, but clues can be found on the website of Geological Survey Ireland (GSI), says Flood.

Most subsidence occurs as a result of damaged underground drains, particularly in older properties

“It includes a database of available geological information in areas where previous site investigations works have been undertaken, and can be useful if there is information on a particular area near where you’re hoping to buy.” Talk to the neighbours too to find out if they’ve had any issues.

Remedial works on a smaller house are no longer as disruptive as they used to be. A mini pile machine, half the typical truck size, can be wheeled through the average front door. A wall can be underpinned from the outside. In a terraced home this will mean underpinning front and back walls only. In a semi-d it will mean pinning all except the party wall.

In a less extreme case, if the timber floors are only marginally uneven inside – say 5mm or less – then you may be able to lift the existing wood and add a wedge to the relevant joists to create an even plane onto which to lay new flooring, Flood explains. But even that can be disruptive and will add to costs. If the floors are concrete you may be able to lay a simple screed to iron out levels.

“Most internal and external cracking is minor and caused by normal uniform ‘settlement’ which is caused by the downward movement of the soil due to the weight of the building,” explains chartered building surveyor Patrick Kelleher of Kelleher and Associates.

He says subsidence is a more serious issue and occurs when the ground beneath the building is unable to support its foundations. “This issue can be localised or more extensive and can have a number of causes. The cracking will be much more severe and noticeable. Most subsidence occurs as a result of damaged underground drains, particularly in older, period properties where clay drainpipes have collapsed or joints in the pipes have opened, washing away the soil.”

Another factor is shrinkage caused by the drying-out of soil due to the close proximity of trees draining water from the soil. Tunnelling beneath a property can also cause disturbance to the ground beneath it.

It’s possible to diagnose whether the cracking is caused by settlement or subsidence based on an analysis of the location and pattern of the cracking, Kelleher explains.

We would always flag such an issue with would-be buyers. It’s going to come up in the survey

“Foundation repairs to address subsidence are complex and costly to execute and will often result in a purchaser withdrawing their offer unless a substantial reduction in the asking price is obtained. Expensive, invasive investigations are essential at pre-contract stage to arrive at the cause of the subsidence. A detailed drainage survey is essential before contracts are signed to find out the condition of all underground pipes.”

DynoRod offers such a pre-purchase survey, which involves sending a camera into the drains. It costs €385, including VAT, and includes remedial costs for any drain repairs and also maps showing the location of the drains.

With significant cracking, some estate agents will present a report giving some idea of what repairs will cost, says building surveyor Val O’Brien of Val O’Brien & Associates.

“A vendor survey that is available to all purchasers and with information that the purchasers can rely on is very common in the UK.”

“We would always flag such an issue with would-be buyers,” says Pat Mullery, director at DNG and the selling agent on number 60 Orwell Road. “It’s going to come up in the survey and it is better to make people aware so they can factor it into what offer they make. If they’re getting a mortgage, the bank is also going to want to see all reports and cost estimates.”

“An engineer or architect is essential to sign off on a certificate of compliance that ensures that all the building works are up to regulation standards should you wish to sell on the property at some stage.”

Homeowners who suspect that their property may have movement issues can install a crack-monitoring device that can be placed across emerging and/or existing cracks for a period of six to 12 months to measure it and to determine if the cracks are getting bigger, says O’Brien. If they are, then the movement is recent.