Swap homes for the holidays and live like a local 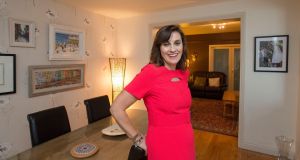 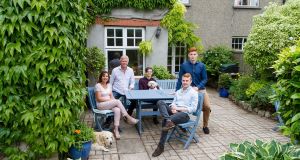 Karl Jordan and his wife Carolyn Moore with their sons (from left) Robert, Christopher and Daniel, at their home in Dún Laoghaire Co Dublin. Photograph: Karl Jordan

Barbara Stack and her husband have been swapping their Dalkey home with families overseas for 17 years now. She began back when exchanges were picked from a catalogue rather than easily chosen from listings online.

Their first swap was with friends of friends in New Jersey when their first daughter was two months old, and since then they have added twins and swapped with strangers in an array of destinations, primarily in the United States. This summer, they are heading to Thailand.

“Obviously we started for the money saving. For the five of us to travel, we couldn’t do it if we had to pay for accommodation as well. With swapping, we just pay our flights and then we have the accommodation sorted,” says Stack. “Though, part of the good thing about it is that we get to live in the community, see how people live, meet the neighbours and you get a much richer experience.”

Stack signed up to HomeLink initially but then began using HomeExchange; both servicesfacilitate house swapping for a membership fee of about €130 per year, which allows multiple swaps. You list your home on their websites, search for suitable homes for your holiday and contact the owners to see if they would be interested in swapping: holidaying in your home while you holiday in theirs.

Karl Jordan lives in Dublin and has a holiday home in Wexford, both of which he has listed for swaps on HomeExchange. His family of five has been swapping for 10 years, though it isn’t an annual event as they often holiday in Wexford themselves. Rather than actively seek out swaps, he allows offers to come to him.

“Ireland is one of the top destinations in the world for people looking,” he says. Even now, in my mailbox, I get two or three offers of house swaps every week. It’s amazing the number of people who want to come. You find you just have offers from the most exotic places across the globe; there’s no reason why you couldn’t go anywhere on an exchange because so many people want to come and stay here.”

Though exotic destinations on a smaller budget are a big draw for potential house-swappers, it is often also used for destinations closer to home and indeed, within Ireland itself. Edel McMahon from Ennis, Co Clare, has been swapping on HomeLink multiple times a year since 2009, usually taking a trip abroad in the summer and doing long weekends within Ireland. She has two kids, and they’re heading to Germany this summer, but she’s already on the lookout for a place in Spain for next year, as her son is dying to visit the Barcelona football stadium.

They had done a few package holidays but found they weren’t really working for them, before they tried swapping. “We went places where you have a little self-catering apartment and the kitchen is equipped for nothing, but your small kids aren’t going to sit quietly in a restaurant for an evening. You need more space. Swapping just seemed logical and sensible for a family with kids, I think,” she says.

The idea that you can live like a local was also appealing to Jordan, who keeps in contact with a number of the families they have swapped with. You get a much richer experience, he says, by being closer to the local community than the tourist haunts.

“The Australians we swapped with were typical Aussies and introduced themselves to all our neighbours, called in and invited people over for barbeques, even some of the neighbours we didn’t know too well. They knew some of our neighbours better when we came back than we knew them ourselves, so it was very funny,” he says.

She has found great flexibility in the system, and this summer, she is heading to Florida and Virginia, though the couples she swapped with have already visited her home.

“It isn’t always a simultaneous thing. In the case of the people from Virginia, they wanted me to stay with them, which I did. It was nice, they wanted to get to know Irish people, and now I will stay with them when I go over. The people in Florida, I wasn’t with them but we met up at the airport,” she says.

She lists on her profile that she would prefer not to swap with families with kids, and says she largely gets couples enquiring.

“I prefer not having children coming, because I’m not used to having children and I have some things that could easily be broken, but other than that, I don’t worry. Some people lock things up. To be honest, I don’t really. I reckon they’re trusting me in their house and I trust them in my house,” she says.

“We’ve never had as much as a cup broken in our house. I’m not precious about the house, whatever is there can be replaced,” says Stack. “People say to me about privacy but I genuinely don’t think about it. People don’t care. I don’t go into people’s houses and open their presses. I don’t care how much they have in the bank or their personal things. We just use it as a base and go from there.”

The only negative to house swapping they note is preparing your home for people to stay in , which typically involves a big clean up and clear out, as well as moving clothes out of drawers to make space for visitors, and preparing some information on local amenities. This is a good excuse for a spring clean, according to McMahon.

“I’ve become kind of intolerant to clutter at home now, it gets whipped off before it piles up . . . A tip I’ve picked up over the years is that obviously you’re going to strip all the beds and have everything fresh before you go.

“What I do is drop that off at the launderette on the way to the airport and pick it up on the way home and send back another load of the group who’ve been in my house. For the sake of €15, you could have the whole lot done,” she says.

“People shouldn’t think ‘Oh, no one would want to swap with me with this small house/apartment etc’,” he says.

“ There are all sorts of houses available for swapping, large and small, and people are generally more interested in the destination than in the house – as long as it is close to where they want to go and has adequate sleeping and living space.”