Priced out of Dublin? Consider Gorey

The Wexford town has a buzzy centre, easy access to the coast and plenty of property options 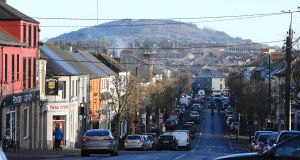 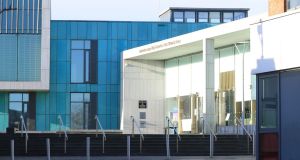 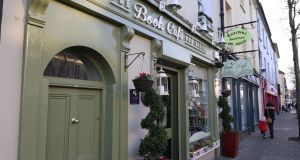 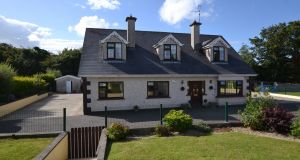 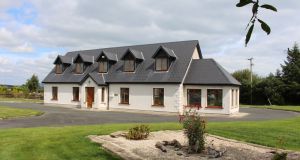 A 90-minute off-peak drive from Dublin, for many Gorey is a commuter town. And as property prices continue their upward hike, and the need for new builds across the capital is slowly addressed, Gorey’s affordability and proximity to Dublin is seeing its popularity increase.

Gorey is a relatively new town by Irish standards, coming into existence in 1750 as a market town for the surrounding region of Wexford, but it was in the Celtic Tiger era that the town had its biggest growth explosion, seeing a 44 per cent increase in size between 1996 and 2002, in no small part due to Dubliners relocating south. A busy market town, it is close to the coast with miles of sandy beaches attracting a big summer population.

The main artery to Dublin is the M11, running north from Gorey, past other towns such as Wicklow, Greystones and Bray, as it becomes the N11 and also connects to the M50 at Shankill and, with it, a direct connection around Dublin city. A rough off-peak journey time would be 50 minutes to an hour from Gorey to the southern suburbs of Dublin, and circa 90 minutes to the city centre. However, during peak times this commute time can be as long as 120 minutes. In terms of public transport, two Bus Éireann routes run through the town to Dublin, one connecting south to Rosslare, the other to Waterford. There is also a direct train line from Rosslare to Dublin Connolly – although with a journey time running at two hours from Gorey, the road is a quicker option by and large.

There is a good supply of property for sale and a variety of sites for those keen to build. At entry level, small two-bed cottages can be purchased for €100,000 upwards. At €120,000, two-bed and three-bed terraced homes are available, or €140,000 for a three-bed terraced home or a mews house. Getting up towards €170,000, the options expand greatly with two-, three- and four-bed detached houses available. Just shy of €200,000, one can purchase a modern apartment of over 93sq m (1,050sq ft). Tipping over €200,000, larger detached and semi-detached homes are available, ranging greatly in size and value. The top end of the market is currently around the €600,000 mark for a five-bed period farmhouse set on 1.4 hectares (3.5 acres) of its own land and just a five-minute drive from Gorey town centre.

Any new developments coming to the market?

According to Niall Slattery of Warren Estates, planning is close to being granted for a scheme beside the Amber Springs Hotel about 10 minutes from the town on the Wexford Road. “That will bring 100 houses to the market,” he says. “Twenty-five houses are being built at Ballytegan and Clonattin Lower – Gleann an Ghairdín.” Adamar Properties is planning further phases that would eventually see the development expand to 244 homes. “Oakhill has 30 houses recently built. Wexford County Council are also building eight houses, but they’re working behind the scenes on other developments,” continues Slattery.

“At the top of the town [the southwest end] there is planning permission for another 26 units on Grattan Street,” says Michael Kinsella, managing director of Kinsella Estates.

Residents are divided between those who live and work locally and those who make the trip up to Dublin for work each day. Central Statistics Office figures show that approximately  2,490 people commute to Dublin from Co Wexford as a whole, which places the county ninth in terms of commuter feeds for the capital. Those  numbers are still relatively low compared to Fingal and Kildare which have 28,641 and 28,121 commuters into Dublin respectively.

In terms of ethnic background, the town remains largely Irish although the foreign population is growing, with a number of eastern Europeans now settled in the town and also buying property there.

“In Courtown, a 10-minute drive away from Gorey, we’ve sold properties to non-Irish over the last decade. A lot of Polish families have bought there – and some Lithuanians,” says Kinsella, indicating that price is the main attraction. “A three-bed semi-detached house is €50,000 cheaper there than it is in Gorey.”

Shopping and going out

Gorey is a pleasant town with lots on offer from a commercial point of view. Main Street is the focal point and off it runs a sequence of roads with mostly housing, but which are also well served by eateries and shops. There is excellent shopping, with boutiques and gift shops drawing in shoppers from as far as Dublin, and numbers swell with summer. Among the better-known establishments are The Dressing Room, La Crème Boutique, Ruby Rouge, Contra Clothing and Fifth Avenue. Jack Dunne and Son stands out for its selection of men’s clothing and formal wear. Sports retail is represented in the town by Intersport Elverys and Revolve Bike Shop.

SuperValu, Lidl and Aldi all have a presence in the town for daily supplies, alongside a number of other independent and franchise businesses. A full list of businesses and amenities in the town can be found at goreychamber.ie.

Food and drink is particularly decent in the town, with a number of eateries drawing in custom from the surrounding hinterland. Katie Daly’s Bar and Restaurant, Chill Wine Bar and Bistro, The Bistro, The Kitchen and Eco lead the way, offering a variety of fare ranging from carverys to European-fusion dishes to pizza. Katie Daly’s in particular is worth a visit for its laid-back dining, while just opposite is French’s Pub, the town’s most-famous watering hole and rightly so. An old-school interior and exterior and location right in the heart of town makes this spot a focal point.

Gorey Community School is notable for being the largest school in Ireland with almost 1,600 students and it has been running since 1994 after the amalgamation of three schools: the girl’s Loreto School, the Christian Brothers school and the Gorey technology school. The growing size of the town has also seen a second school open, Creagh College, with a state-of-the-art campus.

Gorey Rugby Club and Naomh Éanna GAA club are big draws to the town and – as across rural Ireland – those organisations form major pillars of the community.

The Hatch Lab was built by Redmond’s Construction on the edge of town and comprises shared office space with hot desks and private desks available. One building has been completed – and partially filled with companies – with planning for two more buildings should the centre be able to attract more commercial tenants, with the hope being that a tech company will take up residence. Should the further two buildings go ahead there will be 1,000 people working on site.

The Market House, on Main Street, was also advertised by Wexford County Council in June for submissions to refurbish and redevelop the building as a commercial, cultural and social centre for the town; as yet there is no confirmation of a winning tender, although one of the bids focuses on turning the building into a music venue.