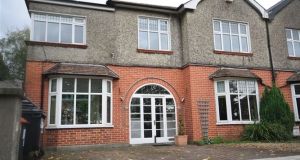 It’s not just retailers who drop their prices over the Christmas holidays - estate agents do it too - in the hope that a discount will reignite interest in a property that has lingered on the market for too long. December can be a good time to catch a discount in the housing market as there are fewer buyers about while a number of vendors will be looking to agree a sale before year end.

A price drop doesn’t necessarily make for a bargain property, however. Often the discount will simply represent the correct value of the property, says Brian Dempsey, a partner in DNG and president of the Institute of Professional Auctioneers and Valuers (IPAV).“Estate agents should get their valuation right from the outset, but you can have situations where the estate agent has been overeager in their valuation, or the owner has been over eager in their expectations. An estate agent might want to see off competition from other agents in the area by coming in with a slightly higher valuation, and owners are swayed by this. Three months without an offer and they have to come down on the price.”

Whatever the reason, a price cut is likely to attract fresh interest in a property particularly if it pushes the value down into a slightly lower band, Dempsey says. “If you have a house that is not moving at €505,000 and you drop the price to €495,000, suddenly it’s in a new price category and it becomes available to people who weren’t even looking in the €500,000 plus bracket.” he says. But, buyer beware, a price drop can create enough fresh interest in a property to start a bidding war, he says. “There are situations where you drop the price, buyers start looking at the house and bidding and suddenly you are back up at the original price.”

With that in mind, here are nine very different homes that have been discounted in recent weeks.

In Ranelagh, a large semi-detached house at 25 Park Drive, has had its price cut by €25,000, down to €950,000. The four-bedroom house which is being sold by an agency called Dublin Property Rentals, has 225 sq m (2,400 sq ft of living space including a large conservatory and a diningroom with a conservatory style rooflight. The house has kept some of its original features but has a lot of modern touches such as built in wardrobes in all the bedrooms. Its cul de sac setting and proximity to several primary and secondary schools will appeal to families.

In Foxrock, a large detached house called The Furrow at 5 Hainault Road, had its price dropped by €245,000 to €1.25 million on Christmas Eve. The 16 per cent drop makes the four-bedroom house more attractive as refurbishment or a rebuild project. The 1940s house which has about 185.8 sq m (2000 sq ft) of living space, has vast potential to extend as it stands on grounds of approximately a third of an acre. It is for sale through Bennetts.

In Blackrock, 45 Brookfield Place, off Carysfort Avenue, a two-bedroom cottage needing complete refurbishmenthas had its price cut by €20,000 to €439,000. Number 45 is at the end of a row of cottages and has the benefit of a large front garden and access to a side garden so there is plenty of potential to extend, as most of the neighbours have done. It’s being sold through Churches Estate Agents.

In Greystones, a three-bedroom semi-detached house at 3 Rivendell Grove, Kindlestown had its price cut by €20,000 to €275,000 on December 20th. Dooley Auctioneers is selling the 87sq m (935 sq ft) home which sits overlooking a communal green space. The house has seen some refurbishment, and it also has scope to extend the current layout, subject to planning permission.

In Inchicore, Dublin 8, a two-bedroom apartment at 100 Kilmainham Bank has been reduced by €10,000 to €290,000 by selling agent REA McGee. The fourth floor apartment which has a sunny orientation, has a good sized balcony overlooking Richmond Park football stadium.

In Tipperary, a cute thatched cottage at Crannagh, Templetuohy, near Thurles, is now for sale at €90,000, down from €110,000. The two-bedroom, one-bathroom cottage sits on half an acre of sheltered garden and there are some useful stone outbuildings for storage. It’s for sale through PJ Broderick & Co.

In Athlone, Co Westmeath, Sherry FitzGerald O’Meara has dropped the price of a two-bedroom apartment in a waterside location by €30,000 to €165,000. Number 4 Bastion Quay, The Docks, is a sizeable apartment on the ground floor of the development with a floor area of about 90 sq m (approx 1,000 sq ft) First time buyers who are squeezed out of the Dublin market could consider investing.

In Ballingarry, Co Limerick, an interesting period house with a contemporary timber clad extension and half an acre of gardens that include raised vegetable beds, has been reduced in price by €36,000 to €279,000. The three-storey house is for sale through Liston Auctioneers.

Finally, in Kinsale, a waterfront cottage needing complete refurbishment has had its price cut by €60,000 in an effort to sell. Engel & Voelker had been asking €210,000 for Desmond Cottage, a stone structure on a sizeable plot in Castlepark village, with views across the water to Scilly and Ardbrack. It is now for sale at €150,000.