From Georgian gems to sewage services, via some intriguing private homes, the free annual architecture fest has something for all tastes

Dublin’s oldest house, 9/9A Aungier Street is open to the public for the first time this weekend. We meet the architect behind its conservation, and a mother and son who lived there. Details of tours at openhousedublin.com Video: Bryan O'Brien 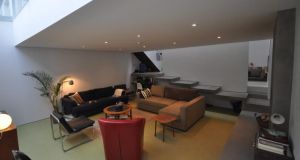 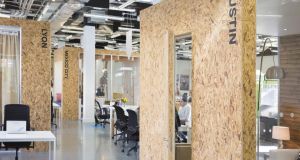 The headquarters of Airbnb in Ringsend. Photograph: Ed Reeve 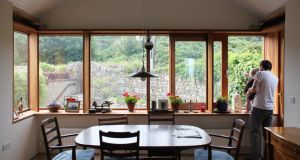 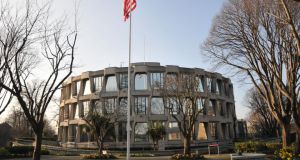 The US Embassy in Ballsbridge, which celebrates its 50th birthday

From the headquarters of Airbnb in Ringsend, via the buildings of the Botanic Gardens and a private house extension in Drumcondra made entirely from precast concrete fencing posts, to the Vernon Pumping Station in Clontarf, it’s fair to say that the ninth edition of Open House Dublin has something for everyone.

More than just a jamboree for architectural nerds, Open House is part of a worldwide event aimed at getting us all a little more up close and personal with the buildings that shape the fabric of our lives.

Last year there were around 25,000 visits over the weekend, and it’s full of surprises as enthusiastic architects, experts, owners and volunteers take you round the spaces they love. One of my unexpected highlights turned out to be a tour of the Shanganagh Bray Main Drainage Scheme, a complex previously only seen from a passing Dart. During an increasingly fascinating hour, our group got sucked in, though thankfully not literally, to the intricacies of dealing with sewage.

It’s on the list again this year, alongside the US Embassy in Ballsbridge, which celebrates its 50th birthday, although I wonder if it will take another 50 years for that building’s rather brutal architecture to grow on me? Go further back in time at the Irish Architectural Archive on Merrion Square, for tours of its perfect Georgian architecture, plus exhibitions on the GPO and Parnell Square.

A highlight for Open House organiser and Irish Architecture Foundation director Nathalie Weadick will be the controversial Dún Laoghaire-Rathdown Lexicon library building by Carr Cotter Naessens, “because it is the most talked about building in the programme, and I’m looking forward to experiencing the design in real time”, she says.

Open House also gives you a chance to see the work of RIBA Royal Gold Medal award winners, O’Donnell and Tuomey with the conversion of the Provost’s House Stables in Trinity College for the Triarc research centre. Previous winners include Le Corbusier, Norman Foster and Frank Gehry, so they’re in august company.

But Open House isn’t all grand civic and historic buildings, and each year a strong residential selection gives you the chance to see how, often quite ordinary, homes can be transformed with the help of a good architect. In Urban Agency’s Nest House at East Wall, architect Maxim Laroussi shows how a traditional façade can mask an innovative pattern for living; while Aughey O’Flaherty’s Lake House in Howth looks like a little piece of Hollywood come to north Dublin.

Winners of this year’s RIAI’s Best Emerging Practice Award, Robert Bourke Architects, are showing Ardburgh Close, an extension of Bourke’s parents’ house in Dalkey. The original house was “very weirdly designed”, says Bourke. “There seems to have been a fascination for 45 per cent angles and an influence from the Costa del Sol. It was very 1980s.”

But Bourke noted the lovely views. The solution was to knock down the end wall and rebuild. “We only added on a tiny bit, but it had a huge effect on the sense and usability of space.”

Bourke is keen to point out that, for many architects, no job is too small. “The best clients are the ones who really get involved in the process. Any design opportunity, however big or small, is an opportunity to do something really well. If someone wants a new heating system, they should get a plumber but if, say, they want to move their boiler to get more out of their space, then they should call an architect.”

Shane Cotter of Architectural Farm, whose house extension on Seafield Avenue is also in the programme, echoes the idea of the best architect/client relationship being one that pushes both parties to get the most out of the process. The challenge at the Clontarf house was to add a new kitchen/living area that integrated well with the rest of the original 1930s semi.

“The owners were very conscious that it would be taken from the front door to rear, and that the spirit of the house would be maintained and protected.”

Cotter agrees that the size of the project isn’t necessarily the most important thing: “Even on the smallest of jobs, very small moves can make a huge difference to how you live. An architect can look at daylight, space and storage and work out how to get the most out of all of them. You can always get a new sofa or change your kitchen, but these are the fundamentals of where you’re going to live for years, and an architect can help you to get them right,” he says.

Hilary Fannin: I console myself with a new pair of knickers
3