Where the gardens sweep down to the Liffey

When Windmill Lane producer Russ Russell was approached in the 1980s by a builder keen to acquire his Rathmines house, he agreed but only if he could relocate to a home on the banks of the Liffey 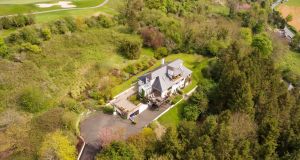 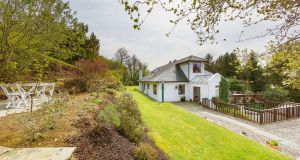 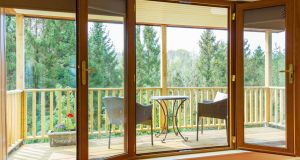 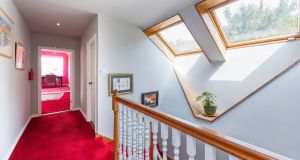 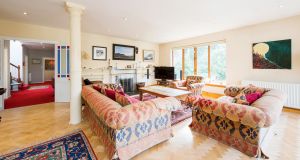 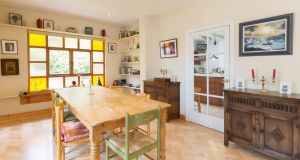 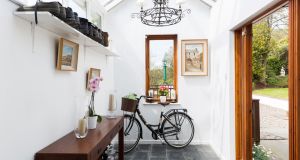 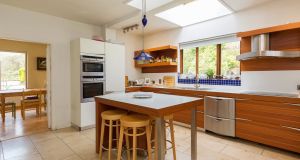 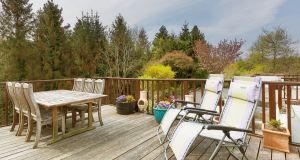 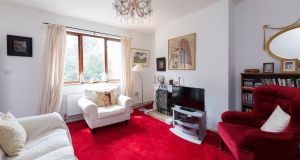 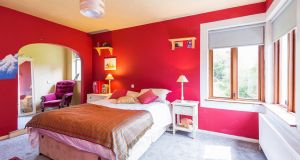 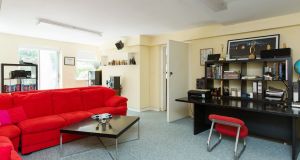 The White House in the Strawberry Beds has been home to advertising commercials producer Russ Russell and his family since the late 1980s. “We ended up here as a persistent builder kept asking us to sell him our family home on Grosvenor Square in Rathmines,” recalls Russell.

“I had used the Strawberry Beds to avoid the traffic when we were heading to Connemara at weekends and said to the builder: ‘Find me a house in the Strawberry Beds and you can buy our home,’ as the location was perfect – so close to town yet also so rural.”

The builder found a property and the Russells made the White House their home, which they have now placed on the market as their sons have flown the coop.

Set on an elevated site, the house is tucked inside a wall of pine trees and is completely hidden from the road.

Constructed in 1964, previous owners were in the process of adding a further storey over the existing house when the Russells purchased the property. With designs from architect Duncan Stewart, the top floor was completed and it now houses three of the six bedrooms. The en suite master is the show stopper, and the recent addition of a veranda overlooking the towering pines gives the room an alpine chalet feel.

An even larger bedroom, in shocking pink is in a gable end, and a picture window has views to the Hermitage golf clubhouse.

The house, which stretches to 420sq m over three floors, is flanked by two golf courses so the only sound audible is birdsong.

Russell, who was one of the founding members of Windmill Lane Studios, set up an office in the house after Windmill Lane closed, before establishing his television commercial company Russell Curran Productions, currently located in the city centre.

The ground floor of the property – where his studio was – is now laid out with a billiards room, cinema room and also has a separate kitchen, bedroom and bathroom. This space – in need of renovation – could, if new owners wished be a self-contained unit for an au pair or family member.

The living areas are on the first floor – a large open-plan dining and livingroom, a study and television room, two further bedrooms and kitchen. The well-stocked grounds on two acres are set out over many terraces and have accommodated 120 for a family wedding.

Parts of the White House need an update, but the basics of light, space and charm are all there. For sale through Ganly Walters with an asking price of €1.1 million.