Victorian villa will test the Ranelagh market at €1.295m 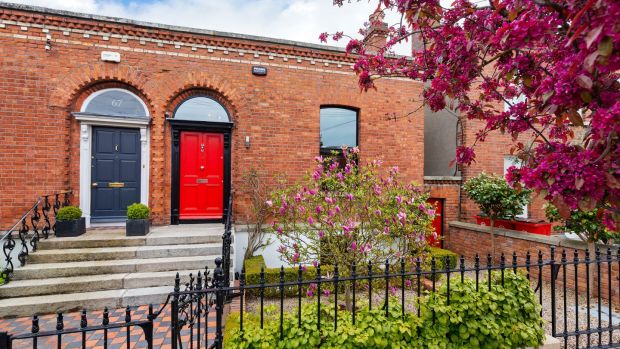 Beechwood Avenue Upper is a much sought-after residential address in Ranelagh, as it is a two-minute walk to the Luas stop and, just beyond the station, are a number of good local shops on Dunville Avenue. There are also numerous schools nearby, with Muckross Park, Alexandra College, Sandford Park and Gonzaga all within walking distance. Ranelagh village itself has everything you could need with its gardens, parks, gyms, supermarkets, cafes and trendy restaurants.

Number 66 Beechwood Avenue Upper was last on the market in 2017, when the current owner paid €1.275 million for the 164sq m (1,765sq ft) three-bedroom house. He admits that as all of the work was done by previous residents, it left little for him to do, so he set about simplifying the rear garden, where he planted Photinia Red Robin along the border walls to frame the lawn. It remains a low-maintenance spot, with an outdoor dining and seating area to the rear, in order to take advantage of the path of the evening sun.

The property – which was extended by previous owners to give a new bedroom upstairs and a large open-plan living-dining room at garden level – has some lovely details, such as panelling on the ground floor and wainscoting in the principal bedroom upstairs. A new colour scheme has been used in two of the bedrooms and formal living room to the front, with on-trend pink hues from Farrow and Ball.

A very clever alteration was conducted in 2007, whereby a cellar with a low ceiling under the front room was turned into a bedroom with an adjacent shower room, and large utility which opens out to a side passage in the garden. A window was added to the front of the house, and was all done in such a seamless way that you would think it was there since the house was constructed in the late 1890s.

Price comparison on the Property Price Register can be a futile exercise for houses on Beechwood, as properties differ in style, size and condition. For example, Number 4 Beechwood Avenue Upper is listed as selling in 2020 for €850,000 but the property was a great deal smaller at 101sq m (1,094sq ft) and needed complete refurbishment.

The owner is off to live his dream, as he has purchased a small stud farm in Kildare, after a near three-year search. He has placed 66 Beechwood Avenue Upper on the market through Lisney seeking €1.295 million, which is close to what it was purchased for in 2017, (€1.275 million; it was seeking €1.25 million at the time). It will be interesting to see what this property achieves, given the current dearth of houses on the market, the excellent condition and size of number 66, and the difference four years makes.