Number 108 Townsend Street, which has been extended and renovated, has a price tag of €395K 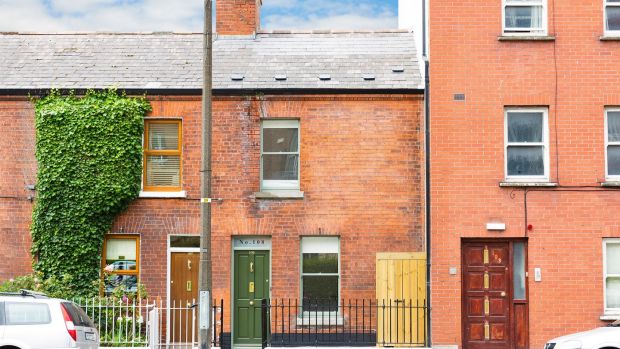 Minutes from the city centre in one direction and from Grand Canal Dock in the other, number 108 Townsend Street couldn’t be closer to town. At one end of a terrace of five redbrick townhouses built in 1916, there is a Dublin Bike station across the road and a sense of the city’s life wherever you turn.

When the vendors bought in September 2016 for €235,000, number 108 was a traditional, early 20th-century two-up-two-down in need of modernising and major work.

They took it apart before rebuilding and extending, adding a bathroom, new flooring, windows, kitchen, utility room and more. Walls were stripped back to their original, pale brick woodwork and remaining walls painted white.

The vendors have done a good job of creating a city retreat that is relaxed, light-filled and easily maintained. The pale brick walls and bleached floorboards that are a ground-floor feature soothe, a large ceiling skylight in the kitchen throws lights into the entire area, and ceilings are high and lime-coloured kitchen fittings easy on the eye.

The exposed brick of the chimney breast in the family space is a nice touch, though the fireplace itself is no longer functional.

A front-facing sittingroom/study, with exposed brick wall and long window, could make a third bedroom. The good-sized utility room off the kitchen is a boon to city living.

The larger of two, first-floor bedrooms is to the rear, the second bedroom is to the front. Both have high ceilings and long windows. Tiles in the roomy, family shower room are a dappled grey.

A timber hideaway for bins/utility meters and maintenance-free, black-and-white tiling make for a clutter-free front. Parking is on street.