Three coastal getaways in the west

A quaint cottage with a transformed interior in Roundstone; a modern home in Rosbeg with dramatic views and a former guest lodge in Kilkee 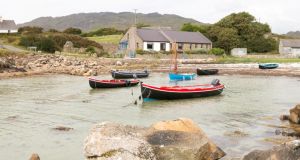 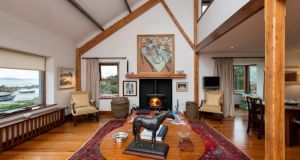 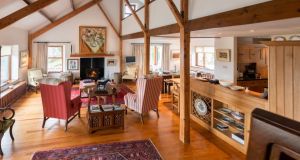 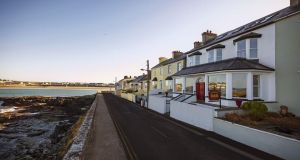 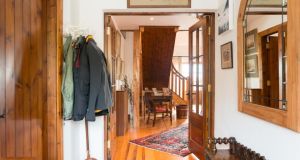 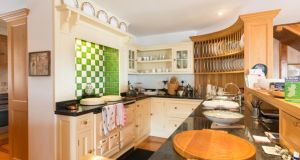 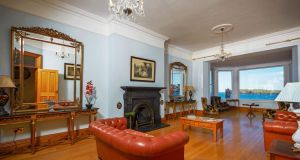 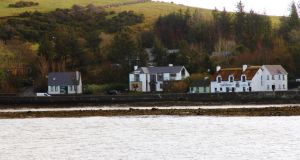 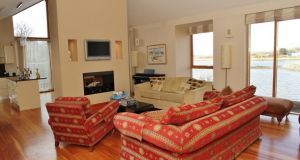 Roundstone, in local Connemara parlance, has long been termed C4; as many from Dublin 4 descend on the village during the summer. A long-time favourite with artists such as Paul Henry, Maurice Wilks, Nano Reid and Cecil Maguire, the crystal green waters and dramatic backdrop of the Twelve Bens have gained international recognition for this tiny community.

Ervallagh is a picturesque harbour about a mile from the village with views of the wild Atlantic and Inishlacken Island. Secluded and safe with just a handful of houses, it has become a haven for boating enthusiasts, and the finance and law library sets.

In 2007, a derelict farmhouse on three-quarters of an acre achieved a significant €1.24 million. Planning permission is difficult to attain; so many who wish to have a home here at the rugged edge of Europe purchase old cottages and convert them into dream holiday homes.

One such cottage, although at 279sq m (3,000sq ft) it is hardly a cottage in the true sense of the word, is for sale through Ganly Walters with an asking price of €995,000. Purchased in 1998, the owner engaged Dublin architect Thomas Kelly to renovate and extend the property.

From the exterior the property seems like a modest dwelling but the interior is anything but. Local craftsmen transformed the house with the use of Douglas fir, white oak, and Honduras pine, echoing the Arts and Crafts style of the late 19th century. The property features three bedroom suites, all of which have their own mezzanine with spectacular views of the aquamarine waters.

Upstairs is a further living area and a study with bespoke wooden units.

The cottage at Ervallagh would make a stunning home, with its bespoke high-quality interiors, a sandy beach on its doorstep, room to moor a boat – and all add up to explain its asking price.

Of the 3,290 houses on the Property Price Register that have sold in Co Mayo since January 2010, the six most expensive houses were in Westport, with four of those in Rosbeg, a small enclave on the shores of Clew Bay beyond Westport Quay. Whether it’s the allure of the dramatic foreshore on the edge of Clew Bay or the proximity to Ireland’s Holy Mountain Croagh Patrick, Rosbeg, is now the most expensive place to live in Mayo.

Although it is near the road, local traffic is at a minimum, thanks to a new coastal road, and there is a recently added safe path running the entire way to Westport Quay.

The house was designed with the master bedroom and living spaces on the upper floor to maximise coastal views. The living/dining/ kitchen area extends to more than 65sq m (700sq ft) and features a dual- aspect fireplace and wraparound terrace with uninterrupted sea views.

The house has four bedrooms. The master has a Jacuzzi bath and a panoramic balcony. Besides the open-plan livingarea, the house has two more reception rooms which could be used as bedrooms or playrooms.

While the price tag of €975,000 through agent Sherry FitzGerald Crowley is steep, it seems better value than the site two doors down – with planning permission to demolish a fire-damaged cottage and construct a new dwelling on .57 of an acre – which has an asking price of €795,000.

Limerick people have made the pilgrimage to the West Clare seaside resort of Kilkee for fresh air and saltwater therapy since the late 1700s.

In 1833, locals, visitors and lodge owners met to discuss the problem of men bathing without trunks. A resolution was reached where the beach was divided into three sections allowing men swim in the mid-part of the horseshoe-shaped strand until 10am each day, while ladies could swim at either side for the afternoons. Water’s Edge has been run as a small private guest lodge since 2006. The owners Patricia and JJ Hickey purchased the 490sq m (5,269sq ft) house in 1997 and spent three years restoring the property.

The seven bedroom house sits at the edge of the West End, the most desirable location in the resort since Victorian times. The house, packed with period details, has three reception rooms, two of which have glorious views of Georges Head, and there’s a spacious high gloss kitchen with Aga. Five of the seven en-suite bedrooms have uninterrupted sea views.

Even though it has been run as a business, the house does not have a commercial feel and could make a wonderful summer home. It is being sold by Sherry FitzGerald with an asking price of €875,000.

Church wedding not your style? Here's how to say 'I do' a little differently
6