Step back in time to fairytale house on Killiney Hill for €9.25m

St George's, a Gothic Revival mansion comes with its own chapel, an acre of terraced gardens, and exemplary features from the Arts and Crafts era 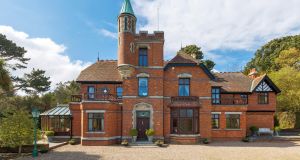 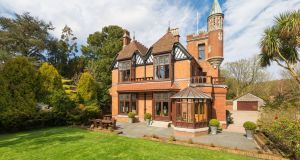 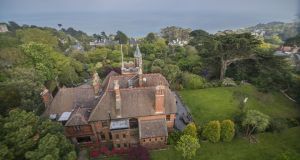 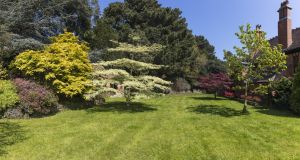 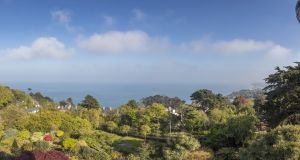 Dublin has its share of fine estates, and the coastal suburbs are laced with stately homes boasting unrivalled sea views and carefully manicured surrounds. Georges Avenue off Killiney Hill Road is home to a number of these homes secreted away behind high walls on substantial grounds. Towering in the midst of it all, St Georges is a foreign country. The past.

Behind tall stone pillars at the start of winding Georges Avenue (named after the house) St Georges quietly sits on just over an acre of mature sheltering gardens. A towered and gabled Gothic Revival mansion, it was built in the late 1870s by its architect owner George Coppinger Ashlin – in true fairytale fashion – for his new bride, Mary, and in tribute to the legacy of her father, the hugely influential Gothic Revival architect Augustus Pugin. Pugin most famously designed the British Houses of Parliament and a number of Irish churches and Cathedrals.

In turn George Ashlin was responsible for scores of prominent Irish religious properties including Blackrock College, Mount Anville, Clongowes Wood College, St Patrick’s College Maynooth and most notably the cathedrals in Cobh and Armagh. Somewhat romantically it’s believed he modelled St Georges on Mary’s beloved childhood home, the Grange in Ramsgate. Taking several years to complete, the property reflects the imposing styles of both the Gothic Revival and Arts and Crafts movements.

And nothing is more redolent of these periods than monograms and heraldic symbols commemorating the Ashlins and Pugins on every natural material. As a result almost every room in St Georges bears the initials of the occupants, be it in the fireplaces; in the delicate stained glass windows, sometimes bearing actual likenesses to individuals, or on the monogrammed brass handles on every door. The ultimate “bespoke” home, St Georges even has its own small chapel believed to have been added in thanksgiving after the Ashlins were blessed with a daughter after 10 years of marriage.

The current owners, doctors Robert and Jane McQuillan have also celebrated birth and marriage blessings in the tiny but beautifully finished oratory. As only the fourth owners in the house’s history, from the day they moved in nearly 30 years ago the McQuillans have embraced St Georges significance as an exemplary Arts and Crafts home by painstakingly preserving and restoring every element of the property’s original design.

No mean feat when the property had been in quite poor repair – all of the moulded woodwork was painted white, there was no central heating or insulation and the tiered gardens required proper landscaping. Jane happily admits waiting years to arrive at exactly the right William Morris wallpaper for the drawing room, while the furniture and fittings have been patiently sourced from auction rooms throughout Ireland and the British Isles.

Despite its imposing brickwork and tower facade, the 515sq m/5,453sq ft house is nicely proportioned (although there is an inescapable pastoral feel). Sunlight floods through while the clever design ensures sea views from every room.

The more functional part of the house, ie kitchen/breakfastroom and pantry area, is something of an afterthought, and a later addition. There is separate front access here, and this is most likely an area that a new buyer will reconfigure substantially. A lift connects the lower and upper floor where there are five bedrooms.

The elegant main bedroom suite has an en suite, dressing room and elaborate sandstone fireplace. The two principal bedrooms have dual aspect, and terraces from which to enjoy those gorgeous coastal views. A small secondary staircase leads up to a tower room, again featuring exquisite stained glass, and described as a space for “contemplation” – just what the doctor ordered. A spiral stone staircase leads from the turret out onto the roof for the best views in the house.

St George’s on 1.17acres is for sale through Knight Frank seeking €9.25 million. It is worth noting that permission was granted in January 2015 for a 356sq m/3,831sq ft two-storey house on a separate half acre site on the south eastern boundary of the property and this is available to buy separately for €2.25 million. Obviously the two sites can be purchased together for a reduced sum, but it’s a significant additional factor to consider for any buyer who simply wants the main house.

St Georges is a property that will attract a very niche market. It is not a property in the usual vane that someone will snap up in order to “put their own stamp on”. It brings with it a responsibility to retain it as one of the finest surviving Art and Crafts houses in this country, not least because of its fascinating direct link to two ecclesiastic architects who left an indelible legacy on our built heritage.

Paul Flynn: ‘I still have all my old menus. One dish stands out: bang bang chicken’
6

Irish in New York: City ‘looks and sounds like a war zone’
7