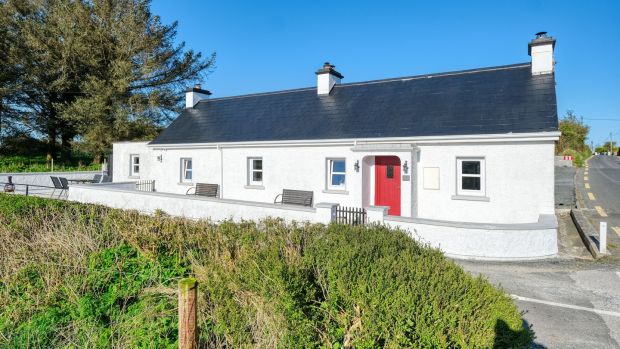 People move house for a variety of reasons, many of which are to do with their work. For Seymour Platt, the decision to move to Longford 15 years ago was based on the fact that he had married a woman with family in the country town, but he also admits it was to escape from what he refers to as “that shadow”.

Platt is the son of the Swinging Sixties model Christine Keeler who, at the tender age of 19, became embroiled in a sex scandal that brought down the British government of the day. The Profumo affair, as it was known, has been retold in films, plays, books and documentaries, and it had all the juicy ingredients of espionage, sex, a government downfall and the aristocracy. Keeler was vilified, spending nine months in jail, and the affair stalked her until her death, in 2017.

“The affair most definitely had an effect on my life. I remember when the film Scandal [the 1989 British drama starring Joanne Whalley as Keeler and John Hurt as Stephen Ward] came out, I was 17 and was at the red carpet premiere with Chris [his mother]. When the scandal broke she was the second most famous woman in the world after the queen, and I am the only Seymour Platt as far as I can establish, so I did feel that I lost contracts in business because of my name, so yes, part of coming to Ireland was to escape that shadow.”

Platt purchased the Old Cottage in Longford four years ago when it was quite run down, and credits his wife, Lorraine, with how it looks today: a lovely three-bedroom traditional cottage with understated contemporary interiors located just outside Longford town.

Keeler moved to Holyhead “so she could be closer to Longford and I used to collect her from the boat, but she never saw this house as she died that year”.

Platt, who grew up with his mother in London, says she really loved Ireland, especially as the Irish “aren’t bothered by class”. “When I was young she had no boyfriends; she didn’t want a man in her life as so many of them had let her down. The only one she had was later on, and he was an Irishman called Jimmy.”

The third bedroom in the pristine cottage is now Platt’s home office. Though engaged as a business consultant, he has taken the past year off to comply with a request in his mother’s will: “That my son Seymour will endeavour to tell the truth about my life.”

In two weeks’ time, Platt will send an appeal to the Lord Chief Justice of England, Lord Burnett of Maldon, in an attempt to seek a pardon for his mother. “A man [Lucky Gordon] admitted he assaulted her, yet she went to jail for telling a lie.”

The BBC documentary Keeler, Profumo, Ward and Me aired earlier this year. Presented by the veteran broadcaster Tom Mangold – who covered this story when it happened in the 1960s – it revealed interview tapes of Keeler and Mandy Rice-Davies from 1984, that provide an insight into the women’s claims of being pressured into giving evidence in the trial of Stephen Ward.

Platt and his family are staying in Longford and have placed their lovely cottage on the market seeking €187,500 through Property Partners Quinn.

‘Was there red wine late at night involved?’ the hairdresser asks