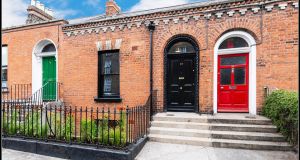 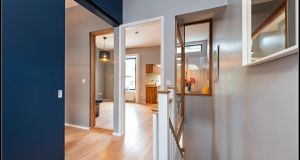 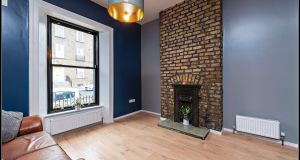 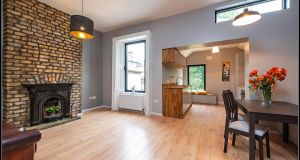 A terraced villa-style redbrick in walk-in condition also offers its next owner the chance to avail of a tax break under Dublin City Council’s Living City Initiative (LCI).

Number 39 Great Charles Street, off Mountjoy Square, in Dublin 1, has been sold twice in recent years, fetching €250,000 in September 2015 and €350,000 when it sold to Cliath Properties Ltd last December, according to the property price register. The firm engaged Brennan Furlong Architects to oversee its refurbishment and to help process the first of a two-part LCI application, which is currently being finalised, with the second part remaining for the new owners to complete.

The LCI was introduced three years ago as a tax break for owner occupiers in certain parts of the inner city (it also applies to buildings in Cork, Galway, Limerick, Waterford and Kilkenny). The relief covers the cost of building works, while fixtures and fittings can also be claimed if installed during the refurbishment. Some costs are not included, such as fees, so while the total refurb cost of number 39 is estimated to have been €120,000, not all of that amount can be claimed back.

What it means is that the next owner of number 39, if they are an owner occupier, will be able to claim an annual deduction on income tax equivalent to 10 per cent of the refurbishment cost for a period of 10 consecutive years.

An investor buyer will be able to claim relief over a seven-year period. The amount of tax relief available under any individual project is capped at €200,000.

It’s really smartly laid out. The architect didn’t change the size of the original footprint, 108sq m (1162sq ft) in size, but reworked layout so that they could fit in an open-plan kitchen/livingroom to the rear and have a separate livingroom to the front.

The stairs were moved so that they now descend from the foreshortened hall. The front room has a timber sash window, an open fire, a bare brick chimney-breast and a sliding door that lets you either open it to the rest of the floor or close it to separate the two spaces.

An Ikea kitchen is set to the rear, while the original shutters have been retained on the other window in this open-plan room. The windows are large, smart aluminium frames that were sourced from Romania. This room also has a bare brick chimney-breast and is painted the same serene shade of marine blue as the livingroom, which gives a good sense of continuity.

Downstairs there are three bedrooms – two good doubles and a large single that could also be used as a study. There is access from the back bedroom out to the northwest-facing back which is about 9m (30ft) long by 6m (22ft) across. The extra-large casement window in the front bedroom opens out, almost like a door, and gives you access to the front yard.

Great Charles Street is one of the eight streets that radiate from Mountjoy Square, and connects it to the North Circular Road. One side is dominated by a terrace of three-storey over exposed basement houses. Number 21 was once the home of George Petrie. As well as being an archaeologist, he was a painter, musician and antiquarian, and his work for the topographical section of the Irish Ordnance Survey in the 1830s and 1840s had an enormous influence and contributed greatly to what became known in Irish culture as the “Celtic Revival”.

The former Free Church, known as Wesley Chapel, constructed by the Methodists in 1800 and now Pavee Point Traveller and Roma Centre, stands at the Mountjoy Square end of the street. Number 39 is towards the North Circular Road end and is one of a terrace of villa-style houses that are southeast-facing to the front.