Moya Doherty and John McColgan, are downsizing.Their 9,000sq ft home is on the market

Danes Hollow, Howth, home of Moya Doherty and John McColgan of Riverdance has spectacular sea views, terraced gardens and a swimming pool and is on the market for €9.5 million through Ganly Walters. Video: Bryan O'Brien (Drone footage: Ganly Walters) 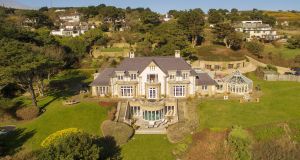 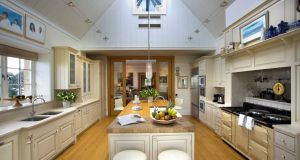 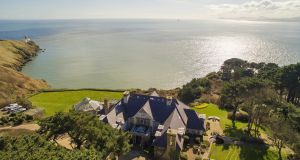 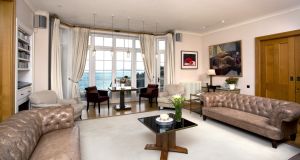 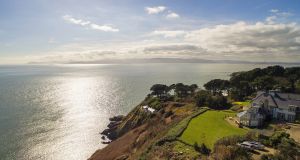 Danes Hollow in Howth is an almost 9,000 sq ft five-bed home on 3.35 acres of terraced gardens. It has uninterrupted sea views and basks from dawn till dusk in its southwesterly aspect. 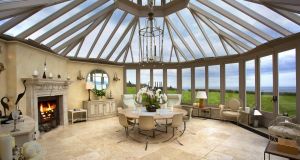 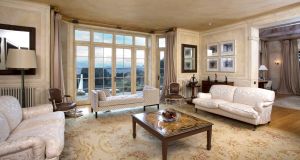 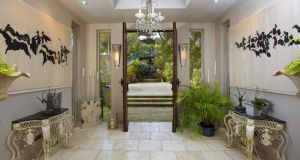 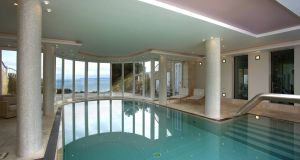 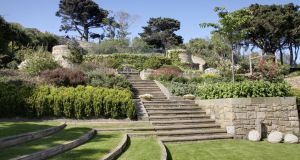 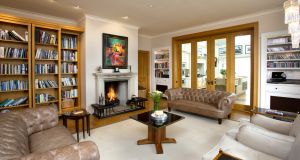 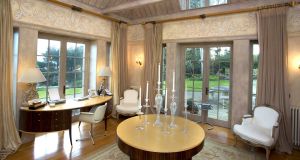 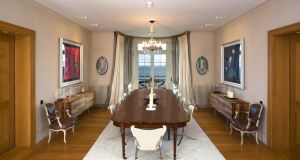 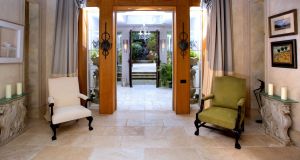 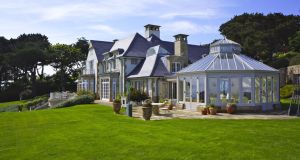 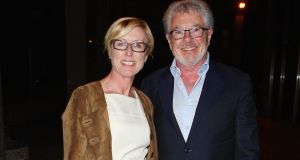 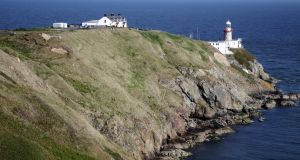 When enterprising duo, Moya Doherty and John McColgan, took the world by storm with Riverdance in 1995 and the till started ringing to the tune of €90 million, the world lay at their feet when it came to where they might live.

The couple chose Howth, a part of Dublin close to their hearts, and closer to the city than their Co Meath home of the time.

In a prophetic move, they purchased a modest bungalow, Danes Hollow, on a one-acre site beside Baily lighthouse for £900,000 in 1997.

What’s prophetic is that the site they chose was one of the finest in the capital, and has only been enhanced since. This is reflected in the €9.5 million minimum asking price through Ganly Walters. Danes Hollow will be one of the best properties to come on the market in Dublin this year.

Like its coastal counterparts across the bay in Killiney and Dalkey, it has uninterrupted sea views. But while the denizens of those southside enclaves must bid farewell to the evening sunshine, Baily basks from dawn till dusk in its southwesterly aspect.

It’s a more interesting view too, with a constant procession of container ships and ferries streaming in and out of the bay. The property adjoins the former home of Gay Byrne and Kathleen Watkins, now owned by Byrne’s daughter and her husband.

With the family grown, Moya (56) and John (70) are downsizing, but they won’t be quitting the area completely and will remain northside.

John remains involved in the sellout Heartbeat of Home production and a new theatre production, A Day in May, but his growing passion is photography. At the end of the month, he travels to the Gaza Strip to take photographs there with the charity, Trócaire.

Moya is chair of RTÉ and the couple still own Ireland’s biggest programme-maker, Tyrone Productions.

They will retain a three-bed cliff-edge guest cottage on the Danes Hollow site. With its own access road, John says: “You would never get planning for something like that today so we’re hanging on to it. A site like Danes Hollow only comes up once in a lifetime, it’s very special.”

Built 15 years ago to what is described as an Arts & Crafts style, the house evokes more of a New England feel, from the sandstone fascia right down to the electric gates, pristine driveway and generous parking bays.

In a somewhat unusual layout, the main receptions flow into each other across the entire breadth of the house, taking full advantage of those waterfront views. It makes for a great entertaining home, running from kitchen to familyroom to drawingroom to sittingroom to diningroom to library. And when it’s all over, the sliding doors can be pulled across and each space returned to privacy.

The orangery was added some years ago and is an enhancement because it is the only room that provides sweeping, panoramic views of the watery expanse outside. It adjoins the kitchen, very much the heart of the home, and well lit by a pitched rooflight. The floors are of European oak which extends right through the receptions, covered by an assortment of rugs, including Aubusson, in the more formal rooms.

The décor is considered but restrained. Oak woodwork prevails, simple travertine marble in the hall and orangery lend a continental feel, and twin staircases of iron and oak at opposite ends of the house lead to the upper and lower levels. The garden level is given over to a pool, sauna, gym and . . . wine room. The best laid plans and all that.

The statement entrance hall was a later addition. Wrought-iron gates hang in front of solid darkwood doors, which open to a dramatic Japanese garden backdrop with a babbling stream rushing down its centre. A pair of Louis le Brocquy tapestries on each side of the hall add to the drama.

Moya and John have spent their lives championing the arts here, and their passion for Irish art is evident. A Shinnors here, a couple of Paul Henrys there, Ballard, Longley, French, Sealy and Robinson to name a few. “We would have been reasonably conscious about having Irish art, though it’s by no means exclusively so, it’s very close to our hearts,” says John.

The immaculate terraced gardens were designed by leading UK gardener Michael Balston and have stood the test of time well. It’s a difficult exposed site, but clever planting and lovely Indian sandstone paving provide lots of suntrap nooks and crannies from which to enjoy that view and the impressive garden statuary.

With further elegant homes in London, Manhattan and Martha’s Vineyard, Danes Hollow might be just another part of the couple’s portfolio, but it has that something special.

As the agent puts it: “Whoever buys this property doesn’t even know that they want it. It’s when they see it for the first time that they will know.”