Revamped Sandymount house is ahead with the curves 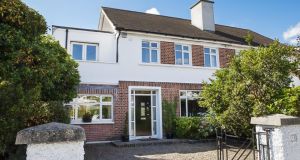 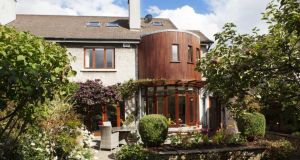 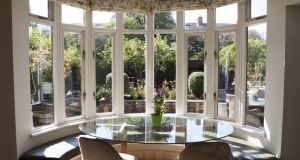 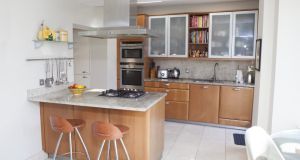 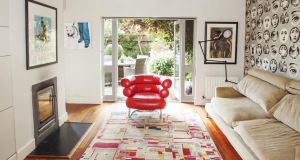 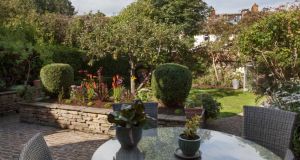 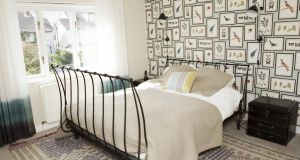 When the owner of 18 Durham Road bought it in 2002, the house had not been updated since its construction in the 1950s.

The brief to architect Anthony Brabazon was lots of light and storage.

Dark rooms and an unkempt garden have been replaced by a 160sq m (1,722sq ft) light-filled house with plenty of storage and a garden designed by Paul Doyle.

An extension was added to the rear. The semi-circular space now houses a large dining table with full-height windows overlooking the elegant garden.

The potting shed has been replaced with walls of storage, allowing hidden larders for the Alno kitchen.

The old garage is now a dining room and would make a super den for families – to keep a watchful eye on young toddlers while working away in the kitchen.

The reception rooms, with wooden Merbau flooring, now open into one another, and French windows were installed adding both light and access to an al fresco dining area.

Designer Gina Faustino oversaw the décor of the property and installed much clever storage for the owner, who admits to being a bit of a hoarder.

In the family room a wall of handle-free cabinets hide the television and all its leads and accoutrements, leaving the room clutter-free.

The property has four bedrooms, one of which is used as a study. Walls of storage house a multitude of books and an office desk folds away flush to the wall when the room is used for sleeping. A small terrace lies off this space, perfect for a morning coffee.

One of the wow factors, is the en suite bathroom. As part of the extension, its unusual curvature resulted in a long search for a free- standing bath to fit the space.

On the return a stained-glass window by Enda Hannon, was installed to allow privacy from next door.

The house is in turnkey condition.

It is being sold by Bennetts Auctioneers, asking €1.2 million.