Renovated D4 home for €1.75m has thought of everything 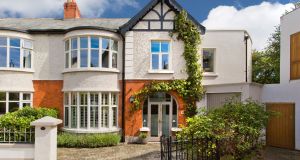 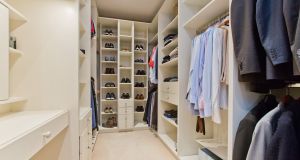 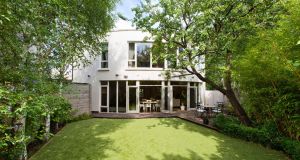 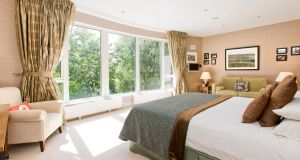 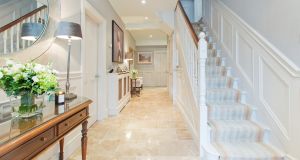 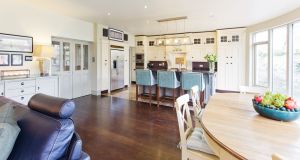 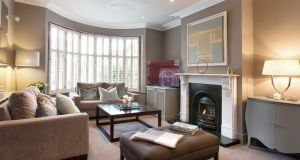 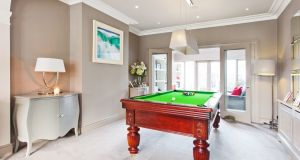 St Alban’s Park is one of Sandymount’s most popular roads – not least because of its location. A few minutes’ walk at one end is the beach while a walk in the other direction is the Dart at Sydney Parade; the village is a short stroll.

This family friendly residential road loops into a short cul-de-sac and the house at the end of that loop, number 28 St Alban’s Park, is now for sale. Like its neighbours, it was built in the 1930s, a solid two-storey semi-detached with bay windows and many attractive interior features of the period such as stained glass.

The owners bought in 2000 knowing that at some point they would extend and, with their family growing, in 2006 they embarked on a major renovation project. It’s a fine example of what can be done – especially when the considerable budget stretched to top-end features such as the Christoff kitchen, Philippe Starck bathroom fittings, marble flooring and high-end carpentry.

The work, which included renovating the original part of the house and adding a wraparound extension to the rear and side, with an attic conversion, brought the house up to a very roomy 298sq m (3,208sq ft), making it one of the larger houses on the road.

The architect’s design in 2006 was for a five-bedroom house but it is now being sold as a four bed because a small bedroom beside the main bedroom has in recent years been custom fitted as a dressing room so that the owners now have the considerable luxury of his and her dressing rooms.

Also off the main bedroom, which has a curved wall of windows, is an en suite bathroom with shower, bath, and twin basins and finished in polished dark emperador marble. All this is in the extended part of the house; in the original part are three double bedrooms and a large family bathroom.

Downstairs there is the same sympathetic mix of old and new. The two original reception rooms – the front has the deep bay – have been knocked through, and now open into a playroom with a custom-designed lantern roof light.

At a time when others were adding “glass box extensions”, here the owners opted for a more interesting and liveable design of a large open plan area at the rear with a mostly glazed curved wall. It made space for the solid wood bespoke Christoff kitchen with marble work surfaces, a large larder unit, and an island with breakfast bar. There’s room for a dining table and a large seating area in front of the TV.

This is a house designed for a busy growing family so there is plenty of well-planned storage – from the custom-built shoe racks in the hall cupboard to a section of the garden given over to bicycle parking. There’s also a fitted out utility room.

The rear garden has been cleverly divided into sections – a courtyard type area outside the playroom, an enclosed play area with a table tennis table, a storage section and, opening out from the kitchen/living extension, a deck and grassy area.

As 28 St Alban’s Park comes to the market meticulously maintained – buyers won’t even have to paint – and extended in every way possible it’s ready for trader uppers to move into straight away. It is for sale through Sherry FitzGerald, seeking €1.75 million.