Townhouses and duplex penthouses in Ballsbridge from €2,200-€3,000 per month 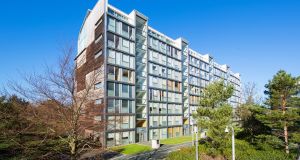 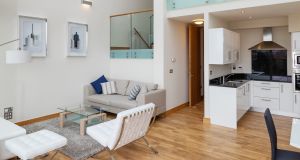 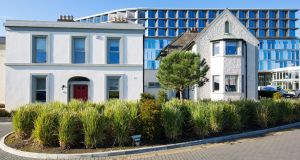 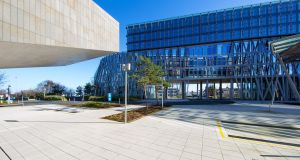 The Elm Park development was the largest property undertaking by developer Bernard McNamara, who, in conjunction with Jerry O’Reilly and the late David Courtney, developed the 17.3- acre site on Merrion Road in 2007. The site, which consists of a mixture of residential and commercial units, was bought earlier this year by US private investment firm Starwood Capital for more than €183 million.

Estate agent Colliers is now renting two of the restored period townhouses on Llandaff Terrace, which lie to the front of the development overlooking Merrion Road.

Five duplex penthouses, which range from 158-198sq m, are also on offer and will appeal to those in search of high-end corporate lets in this desirable location of Dublin 4.

Views to the rear of the penthouses – where the open-plan kitchen-living and dining areas lie – are of the verdant greens of Elm Park Golf Club and feel a million miles from the bustling traffic on Merrion Road.

Bedrooms, of which there are three, are of a generous size and the master features a private terrace with views of Dublin Bay.

A mezzanine, overlooking the open-plan space below, would be perfect for those in need of a home office.

All the penthouses are furnished to the highest of standards and a centralised heating system means heating bills are set at €75 a month. Rental prices range from €2,600 to €2,800 a month for the largest unit, which stands at 198sq m.

Rental prices appear to be good value compared to other units in the vicinity – Lisney is quoting €3,500 for a similar-sized penthouse in Carysfort Hall in Blackrock and Bell Property Consultants is asking €4,500 for a 189sq m penthouse on Castlepark Road in Dalkey. Chartered Land, in conjunction with Starwood Capital, plans to spend €35 million developing the site further, which will see the shell and core leisure complex completed within 2016.

Poultices: the moist cure-all that came to a sticky end
10