Property at Olivemount Road was renovated and tastefully extended in 2010 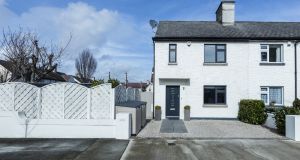 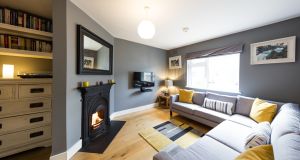 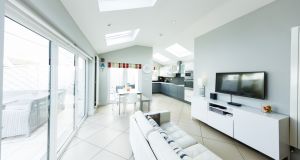 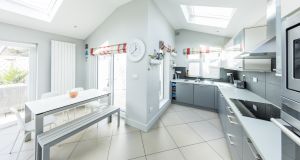 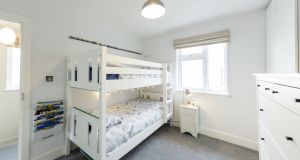 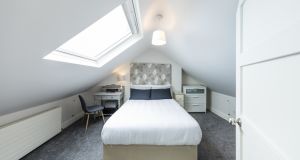 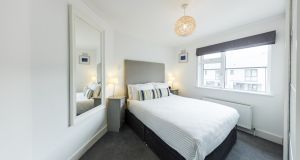 Number 27 is an end of terrace house dating from the 1940s, and was renovated and extended in 2010, under the guidance of architectural firm Collins Maher Martin.

To the rear, a large open plan kitchen/dining/living room was added to the property which now extends to 102sq m (1,103sq ft). This space is bathed in light thanks to four large overhead Velux windows and two sets of patio doors leading to the garden. A further benefit is one of the doors is concertina style, allowing the garden patio space to be integrated with the kitchen and dining area during clement weather.

To the front of the house is a living room with an open fireplace – which is set at an angle, allowing maximum warmth from the fire on to the large corner sofa which dominates the space.

In what was the old kitchen is now a play area for children, but this would also work as an informal living space for families with older children.

Upstairs on the first floor are three bedrooms and the family bathroom. In addition the entire attic space was renovated – it is now used as a bedroom for overnight guests, and there is planning permission to add a dormer extension to this room, which would make an even larger principal bedroom – if a fourth was required – or indeed a spacious home office.

One of the selling points is the large corner garden – which runs the entire length of the house – as the property lies at the end of the terrace. Its south-westerly aspect gives sun for most parts of the day. Set out with a paved alfresco dining space and raised beds, the artificial lawn means there is little maintenance required.

The property, which now has a much improved BER rating of C3, is seeking €565,000 through Mason Estates.