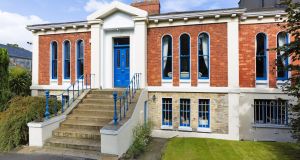 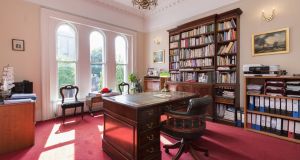 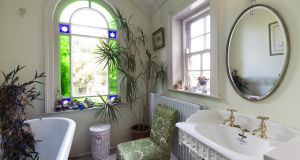 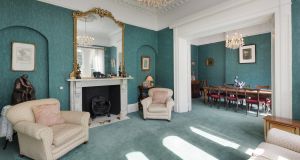 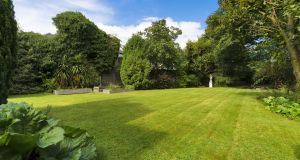 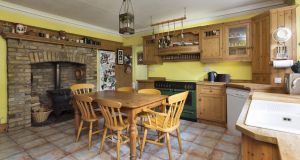 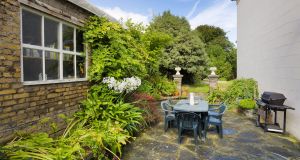 The most distinctive-looking house on Frankfort Avenue in Rathgar comes with a distinctive past. Number 1 was once home to Constance Gore-Booth, who on her marriage to the Polish painter – the self-styled Count Markievicz – took the title and became Countess Markievicz.

In 1903 – three years into their marriage – they moved into the villa in Rathgar, which was a wedding present from her mother. They lived there with the count’s son Stanislaus from a previous marriage, and their daughter Maeve.

Before she became a political activist at the end of the decade, on the road to taking her own advice to “dress suitably in short skirts and strong boots, leave your jewels in the bank and buy a revolver”, she was very involved in the artistic life of the city. Her friends included Walter Osborne, John Butler Yeats and Sarah Purser – the Rathgar house must have been quite the bohemian hangout. She was an artist, like her husband, and, until recent decades, her studio built to the side of the house remained intact before it was destroyed by fire.

Built in the mid-1850s, the villa-style house has the standard plain layout of the time: four grand rooms upstairs, four more modest rooms downstairs. Sometime in the later part of the century it was extended to the side to add a formal diningroom at hall level off the sittingroom and service rooms below. It’s a seamless extension as the windows in the upper room are the same three narrow Palladian-style ones as in the other front-facing reception rooms.

In its current layout the two rooms to the rear at hall level are used as bedrooms and there is a bathroom in the return. Downstairs the ceilings are lower and it is less grand, being intended for servants, but it is now laid out for family life with the kitchen to the front, a family room, two bedrooms, a small bathroom and various utility and store rooms. In all there is 260sq m (2,800 sq ft) of space.

If the history and grand period style of the house doesn’t entice buyers, the gardens will. The vast back garden – the house is on 0.3 of an acre – has a vehicular opening on to a lane that runs along the rear of these houses, and to the side are three garages – two more recent additions – and the original stables with its pitched roof, which is crying out for an interesting redevelopment.

When 1 Frankfort Avenue last came to the market it was in 1995, and then it was called the presbytery as it was owned by the Catholic church across the road. It went to auction with an AMV of £140,000 which, even though the house was in very poor condition, was considered to be on the low side as it was thought there might be development potential in the gardens to the side and rear. Even though so much of Rathgar is listed, number 1 Frankfort Avenue isn’t. On auction day it was chased by eight bidders, the current owner buying it for £212,000.

Lisney has placed a price of €2.5 million on 1 Frankfort Avenue.