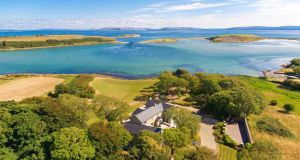 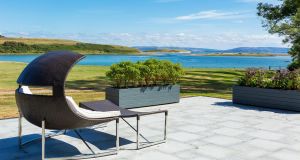 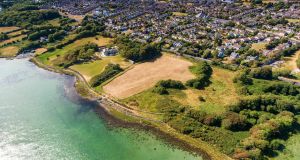 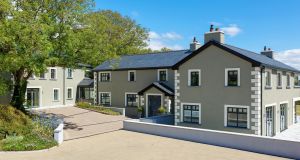 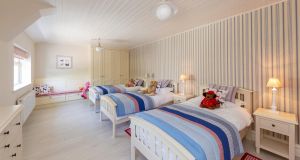 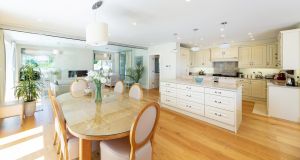 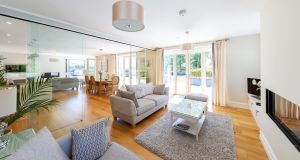 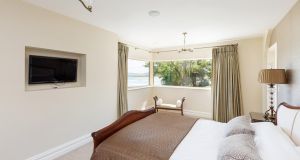 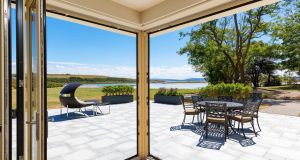 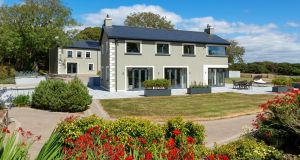 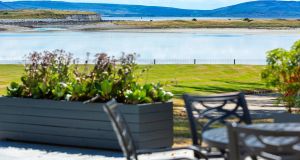 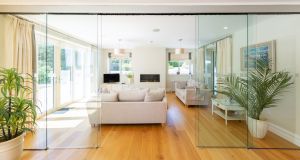 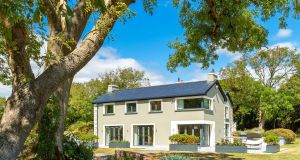 Two sides of the road to Barna just after Salthill in Galway could not be more distinct. To one side of this suburban fringe to the city, housing estates sprawl into the distance, whereas on the other, sits just one significantly large property on 23 acres along the waterfront.

Lough Rusheen is a tidal flatland just 6km from Galway city centre and is also an important bird sanctuary – where sandwich terns gather prior to their migratory path to Africa in late summer – as well as a migratory route for salmon and sea trout. The bay has been used for more than 25 years as a windsurfing spot – Rusheen Bay Windsurfing School. It is located further along the road and was sold two weeks ago to a private investor, despite local efforts to purchase the amenity through crowdfunding. The land is a special area of conservation so cannot be built on.

The property here was originally the site of the old Rusheen riding stables on four acres. Purchased in 2011 for €950,000 by a Carlow-based family who completed the then extant planning to develop the house into a much larger residence, it now stands at 457sq m (4,919sq ft).

Since then additional surrounding lands were acquired and these now extend to a significant 23 acres comprising 3½ acres of formal gardens, and the remaining as paddocks and mature private green spaces.

The waterfront gardens were further landscaped by Karl Baines of Formality at the Cowshed who planted an additional 14,000 bulbs and 12,000 plants to the site, plus almost 2000 trees.

Inside the property, which comprises a main house linked to a guest wing via a glass walkway, it is impossible to distinguish between the older part of the house which “was in rack and ruins” according to the owner, and its contemporary new build, because the extensions are seamless.

The main house has a vast kitchen and dining space with marvellous views of the turquoise bay – when the tide is in. Off this lies an informal living room; there is a drawing room and study also at this level, both of which have super views across to Corkscrew Hill in the Burren.

Upstairs are four bedrooms, and a fifth in the guest suite which has its own entrance. The guest wing also has a kitchen and living space in addition to a sauna.

Interiors were overseen by Sharon Matthews of Dezign Options in Galway, who installed herringbone parquet and a Regan Kitchen.

The property comes with all the bells and whistles of a high-end home, such as central vacuuming, solar panels, a heat recovery system and even buff-coloured tarmacadam to blend with the surroundings.

It comes with a price tag that will have sirens ringing in the City of the Tribes though. At €3.5 million through agent Sherry FitzGerald, it is the most expensive house currently on the market in Galway.