Outstanding home on Eglinton Road to auction for €3.4m 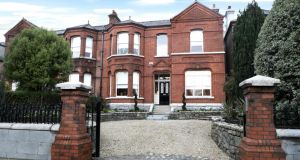 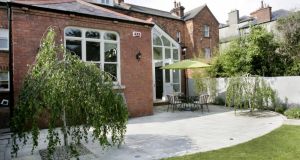 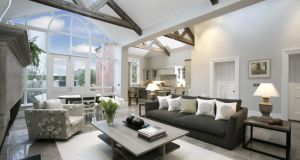 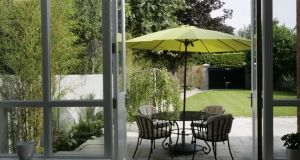 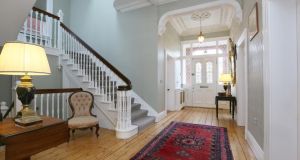 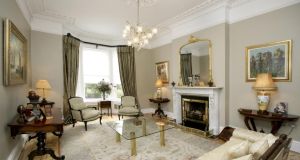 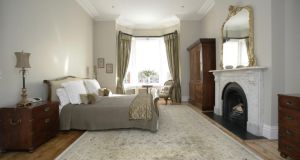 An imposing semi-detached redbrick house halfway up busy Eglinton Road in Donnybrook, Dublin 4, has all the hallmarks of a Tiger-era property. The most sought-after houses then – and now – were period properties that combined original details with modern comforts.

Number 61 Eglinton Road, extended and refurbished several times in over a decade, has all of these. It’s now a very bright, tastefully decorated five-bedroom home with restored plasterwork, handsome staircases, polished wooden floors, underfloor heating in much of the house and a smart Clive Christian kitchen.

Number 61 had already been extended and refurbished when it went for sale in 2004 with a guide of €2.7 million, and was further refurbished before going to auction in 2010 with an AMV of €3.85 million, but remained unsold.

Its auction at the end of April could be an interesting test of the market: nearby number 69, which went to auction last October with an AMV of €2.7 million is still unsold. However, last April, a detached house in need of renovation at 85 Eglinton Road sold for €2.6 million while a large Victorian redbrick on nearby Sandford Road in Ranelagh sold at auction for €3.36 million last May.

Number 61 Eglinton Road is brighter than most Victorian homes, thanks to a large rooflight over the stairwell at the top of the house. The front door opens into a wide hall, off which there is a smart study at the right looking over the front. It has polished wooden floors, elaborate cornicing and a white marble fireplace.

On the left, the hall opens into the handsome reception rooms painted pale green: the drawingroom, with a bay window overlooking Eglinton Road, and diningroom both have white marble fireplaces, decorative cornicing, picture rails and polished wooden floors. Unusually, Doric columns have replaced interconnecting doors to mark the divide between the two rooms.

French windows at the back of the diningroom open down into the familyroom and kitchen in the extended part of the house: in contrast to some Tiger-era revamps, the kitchen and familyroom have a period feel, with details like timber cross beams.

It’s a very bright space: French windows in a glazed wall open from the family room into the garden, it has smart polished limestone floors, and the Clive Christian kitchen has everything you would expect, including a polished granite island unit and countertops and a range cooker as well as an integrated Gaggenau oven. There’s a small utility room off the kitchen and a cosy TV room.

A wide staircase leads upstairs to five bedrooms – three on the first landing, another in the second return and one on the top floor. All are doubles and all have en suite bathrooms. The main bedroom at the front of the house – over the drawingroom – has a bay window, white marble fireplace, a centre rose and recessed lighting. Double doors open into a good-sized dressingroom where fitted wardrobes have walnut interiors. This opens into the tiled en suite with its Jacuzzi bath and marble-tiled shower. All of the bedrooms have good-sized tiled en suites, and all are decorated with the attention to detail that is a mark of this house.

Outside, there’s plenty of room for parking in the gravelled front garden and side access to the back. Here, a patio area opens on to a manicured lawn with well-planted herbaceous borders. It leads to gates on to a rear lane (accessed off Eglinton Road) where there’s a large garage.