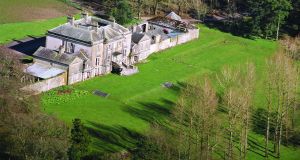 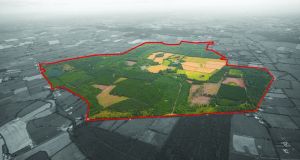 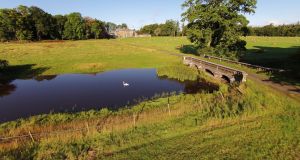 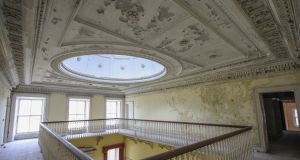 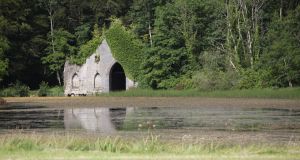 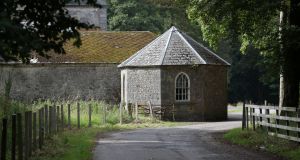 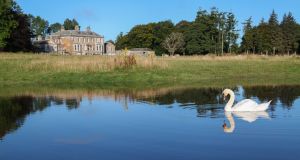 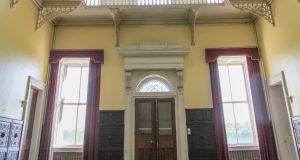 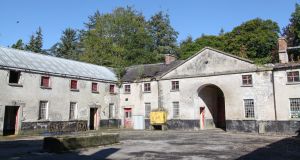 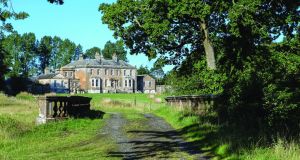 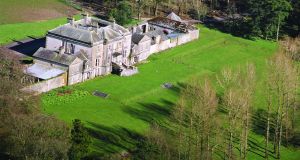 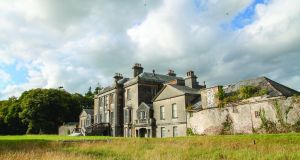 A Northern Ireland businessman is hoping to carry off what has to be the biggest post-bust property flip yet with the launch to the international market of a Tipperary estate on 1,263 acres with a selling price of €8 million.

He subsequently bought back, for a sum understood to be about €1.5 million, the freehold on Kilcooley’s 950 acres of forestry, that had been leased to Coillte.

Now, two years later – with no further investment in the house or the surrounding land – his decision to sell the 35,000sq ft/325sq m mansion at the heart of 1,263 acres of land, by private treaty, through joint agents Sherry FitzGerald and Christie’s International, for €8 million, makes his total investment of €3.6 million look like quite the bargain.

The mansion has been unoccupied for a decade and is in urgent need of attention – so cue a budget of perhaps €2 million and a small army of conservation architects, craftsmen, stone masons and stuccodores.

But the essentials of grandeur are still intact, from parquet floors to plasterwork ceilings, original fireplaces and Victorian kitchens.

To the rear there’s a really wonderful view of a ruined 12th century Cistercian abbey, now a national monument and under the care of the OPW.

It’s Kilcooley’s huge landholding that’s likely to attract most interest. It is exceptionally rare for an estate of this size to come up on the market in Ireland.

Of the 1,263 acres, some 190 acres of parkland surround the house and is laid out in pasture and farmed; 950 acres is devoted to commercial revenue generating forestry; the remainder is made up of pleasure grounds, the farmstead, roadways and the lake.

Kilcooley was built in the late 18th century by the aristocratic Barker family, barons from Essex who came to Ireland and were granted – or rather, grabbed – vast tracts of land and decided to create “as fine and elegant a private gentleman’s seat as any in Europe”.

Their descendants, the Ponsonby family, lived there until 2004. The estate was then sold to Castleway International, a property development company, in 2008 for about €6 million. Plans to develop the estate never materialised and Kilcooley couldn’t escape falling under the control of Nama.

The address is Thurles, 20km away, but the nearest town, just a few minutes drive, is Urlingford, across the border in Co Kilkenny and, crucially, beside Junction 4 on the Dublin-Cork M8 motorway.

The nearest village is Gortnahoe, Co Tipperary, site of a monument to Wellington’s victory at Waterloo, erected by Kilcooley’s gentry 200 years ago – but now better known as the birthplace of a more contemporary hero, last week’s man of the moment, Republic of Ireland footballer Shane Long.

One of its chief attractions for the privacy-obsessed super-rich is that it has, “uniquely, in an Irish context” retained its original demesne walls and is surrounded by almost nine kilometres of “high, natural stone boundary walls”.

A network of internal roads, topped with hard core, provides good access throughout the estate.

The story goes that in the mid 19th century, Sir William Ponsonby-Barker, master of the grand Kilcooley estate, in a bid to counter the perishing cold in the house “took a human hot water bottle to bed each night, chosen from among the female servants”, according to David Hicks, author and expert on the history of the Irish “Big House”.

There was no suggestion of impropriety and the aristocrat’s motives were, apparently, purely eco-friendly.

But, one memorable night, Sir William awoke suffocating from the “powerful stench” of body odour emanating from a “sleeping beauty”.

He got up in the dark to fetch a scent bottle and liberally sprinkled the oblivious maiden.

The next morning, he was startled to discover that the poor woman was blue in the face – but not from the cold. In the dark, he had accidentally picked up an inkwell rather than the eau-de-cologne.