Nicely teed up in sweet Nutley setting for €1.85m

Semi-detached four-bed is in a prime location, backing on to Elm Park Golf Club and beside UCD 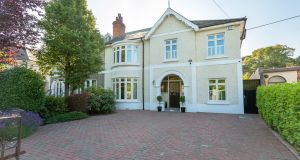 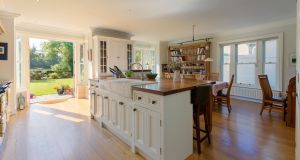 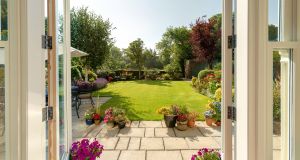 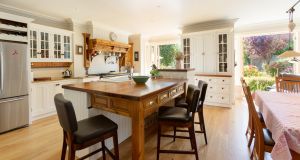 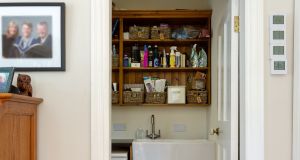 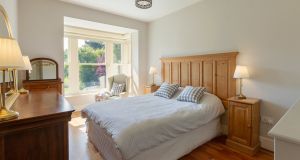 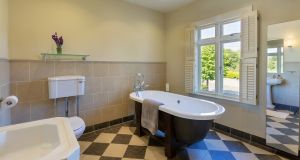 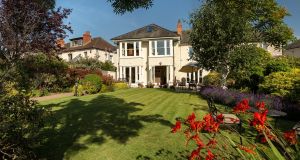 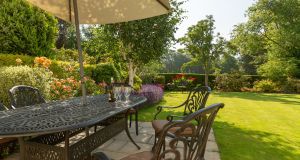 One of two patio areas.

When you walk through the front door of number 6 Nutley Park, the first thing that strikes you is what appears to be a vast manicured back lawn, glimpsed through glazed double doors in the kitchen.

The house has a lovely back garden alright, but the vast tranche of green beyond it is Elm Park golf course. A medium-height hedge divides the garden from the course. “No, it’s not ours,” laughs the owner. “We don’t have to cut the grass.”

She and her husband have lived here since 2003: after moving in, they did extensive renovations, in particular revamping the rear of the house to create a large open-plan kitchen-breakfast room.

The house is now a bright, airy home presented in excellent condition, with high ceilings, walls either wallpapered with pale silvery patterns or painted neutral shades of white and cream. Its owners have an eye for detail evidenced by an upstairs press, where all the linen is neatly shelved and labelled by sheet and duvet cover size .

Now this 277sq m (2,982sq ft) semi-detached four-bed is for sale through Sherry FitzGerald for €1.85 million. It’s in a prime location: Nutley Park is a cul-de-sac off Nutley Lane, across the road from the entrance to RTÉ and about a five to 10-minute walk from the main entrance to UCD. This house is on the curve near the end of the cul-de-sac backing onto the golf course.

A front door with leaded glazed panels opens into the front hall, floored with Junckers oak, like most of the downstairs rooms. On the left are interconnecting reception rooms: the drawing room to the front has a bay window, limestone fireplace, picture rail and sliding pocket doors to the sitting room, which has French windows opening out to a rear patio.

The kitchen-dining room at the end of the hall extends across most of the back of the house. This has a sophisticated country kitchen feel, has a large cream Aga and most units were hand-made – in fact, there’s good cabinetry throughout the house. The very large island unit, topped with dark teak, is striking: slightly higher than standard, it accommodates a large Belfast sink, breakfast bar and a dishwasher. Countertops are polished granite with a subway-tiled splashback.

Two sets of French windows open into the garden from the kitchen; a utility room off it has a Belfast sink and good shelving.

A very smart downstairs toilet on the right of the front hall, part-tiled with white subway tiles, is floored with classic black-and-white tiles. Beside it is a tall narrow boot room with lots of shelving; there’s also understairs storage.

A staircase with half-panelled walls leads up to a bright landing, off which are four double bedrooms. There was a fifth, but it has been converted into an en suite and walk-in dressing room. The main bedroom has a large box bay window overlooking the golf course. The en suite shower room is fully tiled with porcelain tiles; the dressing room has abundant hanging space and shelving. Another double over the living room has a curved bay window at the front of the house.

A family bathroom with black-and-white floor tiles has a freestanding bath and plantation shutters. Steep steps lead up to the bright converted attic with a further two rooms: one set out as a study, the other as a bedroom, both with Velux windows.

The rear garden is set mostly in lawn, fringed with mature plants and two patio areas. A path leads down to the neat hedge that separates it from the 17th tee of the golf course. A cobblelocked front garden has room to park several cars.