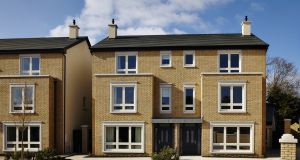 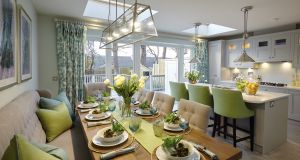 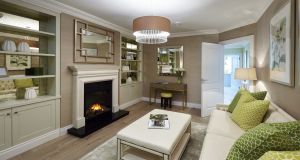 Ardilea off Roebuck Road in Clonskeagh, Dublin 14, is a well-established development filled with wide, tree-lined roads all named after American universities.

Its housing stock features bungalows and detached A- frame homes that change hands quickly, selling for prices north of €1 million.

For example a four-bed bungalow in need of modernisation on Princeton sold for €1.495 million last September, according to the Property Price Register, while a refurbished three-bed house is currently asking €1.65million through agents Beirne & Wise.

Tucked at the top of the estate is a new development of A- rated new homes by Galway- based O’Malley Construction, who bought the five-acre site about 12 years ago. The firm did Churchfields in Milltown, Ballsbridge Wood, Sunbury Gardens in Dartry, Symphony House on Adelaide Road and the apartments at St Helen’s in Stillorgan.

While the last development they completed in Dublin was blocks one and two at Wyckham Point, which was finished in 2010, they have been very active in Galway, completing Leargán on the west side of Galway city, a scheme of 190 houses and apartments that finished last year.

Ardilea Crescent is a development of 74 units that will comprise 26 large four- and five-bedroom houses and 48 apartments. The design, by architects McCrossan O’Rourke Manning, has made a feature of the mature trees on the site, with many of the gardens benefiting from their inclusion.

Each has a formal sittingroom to the front, with a box bay window, wide-plank flooring and a sealed gas fire. To the rear is a den with sliding doors that open through to the light- filled kitchen. The Nolan Kitchens design has painted units, natural stone worktops and includes an AEG gas hob, microwave and combi oven.

In the utility room, furnished with gloss units, is an Electrolux washer and drier.

The master bedroom on the second floor is pretty and generous. Spanning the width of the house it includes a smart walk-in wardrobe and a great shower ensuite, which is lit from above by a large rooflight.

The showhouse has been decorated by Arlene McIntyre of Ventura Design, who has made use of antiqued glass to back built-in shelving in the alcoves in the living room and nightstand ideas in the master bedroom.

From eating healthily to staying warm, how to treat Covid-19 in the home
4