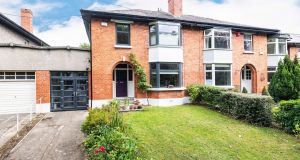 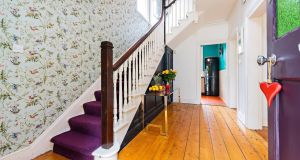 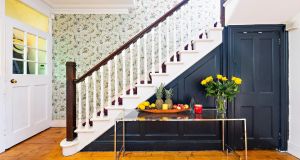 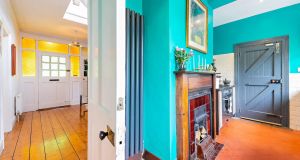 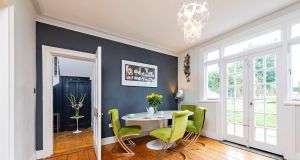 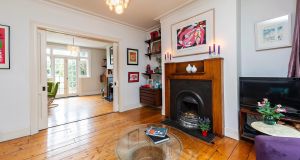 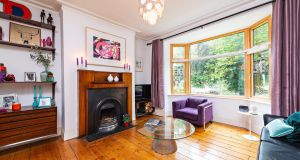 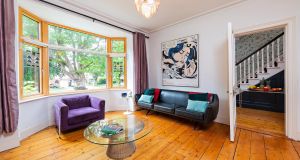 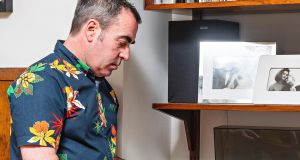 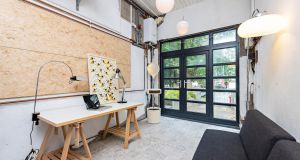 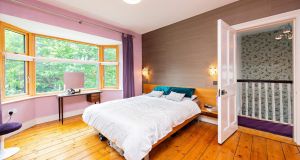 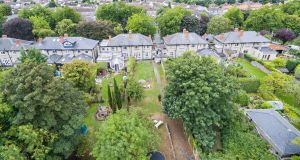 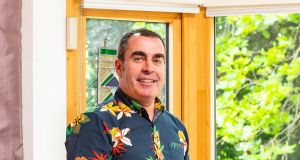 Will Walsh and wife, artist Deirdre Spratt, bought 115 Griffith Avenue at the height of the market, selling three properties to buy on this D9 street, a tree-lined throughway where the seasons are visible in the changing colours of the leaves.

Walsh will be familiar to fans of vintage furniture and clothing for his shop Wild Child – formerly on South Great Georges Street – and then Drury Street in Dublin 2.

The shop started life as a stall in London and while in Kensington Market in the late 1980s he sold clobber to pop royalty including David Bowie, Debbie Harry, Prince and Paul Weller. Indeed Harry continued to buy from his Dublin shop. The move into vintage furniture was a natural progression, he says, and he now runs The Vintage Hub with Killian McNulty from their fabulously full-to-the-gunnels warehouse in Lusk.

Will and Deirdre have placed their distinctive home on the market seeking €825,000 through agent Move Home.The property opens into a square hall with a feature wall showing Bird Song, a design by Osborne & Little, inspired by a 1930s design and chimes with the date when the house was built, circa 1932. A cloakroom, at the foot of the stairs, was originally built as a phone booth for private calls.

Walsh’s grandfather set up Navan Furniture and his father continued in the trade training as a cabinet maker and setting up his own brand under his name Raphael Walsh. Their influences are everywhere in the property, especially in the wall-hung modular rosewood unit by Danish designer Poul Cadovious, which fills the niches either side of the original mahogany fireplaces in the two interconnecting rooms. The then innovative piece won a silver medal at the 1950 Milan Trienalle.

The house is a paean to the couple’s love of mid-century modernism with a coffee table by American architect Warren Platner, an armchair in the style of American furniture designer Milo Baughman and a black leather sofa by another Danish designer, Illum Wikkelso, all sitting on the original polished floorboards.

In the dining room an elliptical Pedestal table by Danish architect Eero Saarinen is surrounded by chrome frame chairs by American-based furniture maker Arthur Umanoff. A framed set of Beatles stationery, writing sheets and envelopes, made by Unicorn Creations in 1968 for the release of Yellow Submarine, hangs over the table.

There are alu-clad timber sash windows to the front and original timber windows to the back with pocket-sliding interconnecting doors. All the internal doors are original and have retained their brass doorknobs.

The kitchen is where the house falls down slightly – in that it is small when compared to the overall size of the house, at 133 sq m/1453sq ft. It has its original quarry tiles and fireplace and it had been their plan to push out into the garden but instead they pushing out to the Mediterranean, returning to the city of Valencia on Spain’s south eastern coast. The family spent time there few years ago while Will studied design at La Escuela de Arte y Superior de Diseno and he is returning to do a masters in what Will calls their “Med life crisis”.

The garage has been converted, after a fashion. It has smart Crittal-style doors and uPVC glazing to the front, but it is also home to the water tank and boiler.

Upstairs there are three bedrooms, two fine sized doubles and a good single.

The attic has been floored and could also be converted but with a garden that is 49m/160ft long and 12m /40 ft wide the next owner may choose to extend out, rather than up.