Make the leap to Kildare with Ballymore’s latest Naas scheme

The devil is in the detail at Longstone, a development of three and four-bed units 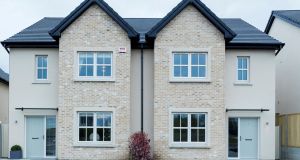 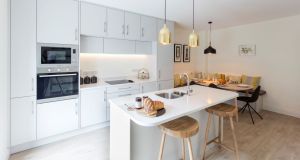 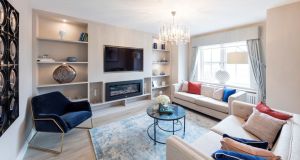 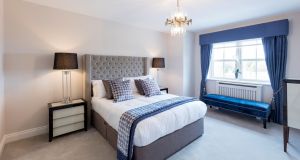 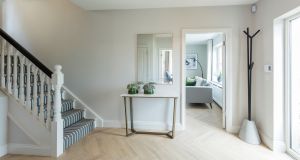 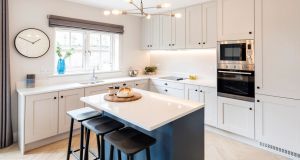 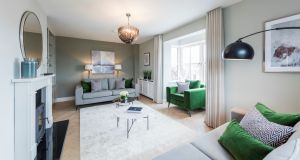 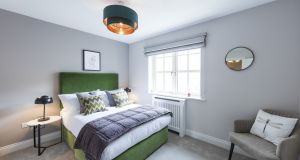 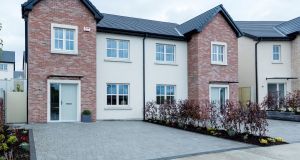 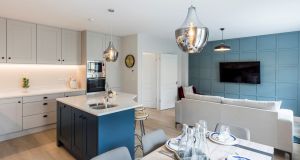 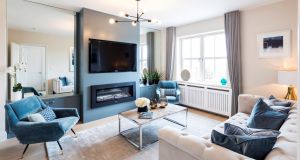 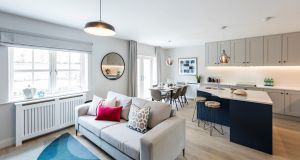 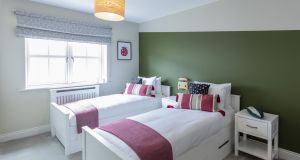 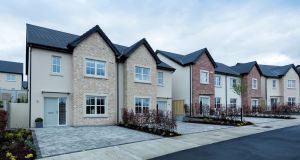 Longstone, a new development of three- and four-bed homes by builder Ballymore, is situated about 1.5km out the Blessington Road, on the Dublin side of Naas. Adjoining Craddockstown Golf course, it is also near the 7m prehistoric granite standing stone at Punchestown that inspired its name.

The houses, which have buff or dark brick fronts, were designed by C+W O’Brien Architects to a layout that is in some ways similar to another recent Ballymore scheme of 120 homes in Naas. Stoneleigh is now sold out, bar one remaining showhouse.

The interiors of Longstone were designed by the housebuilder’s London-based team, whose attention to detail has created a very intuitive flow and layout in each house.

When complete it will comprise 160 homes, predominantly three-beds. Joint agents Sherry FitzGerald and CME are bringing the first 23 houses to market, of which 15 are three-bed semis priced from €340,000.

This house style offers a great deal of space to anyone who has been house hunting in the Dublin market recently. Each has a separate kitchen and square-shaped livingroom, along with a scullery-sized utility room. Extending to 118sq m (1,276sq ft) with a back garden more than 6 metres wide, this is a whole lot of A-rated house.

The ceiling heights are generous too: 2.6 metres at entrance level and 2.5 metres on the first floor.

The bathrooms include black towel warmers-cum-radiators and wet room-style large shower stalls, while the kitchens come with Indesit appliances.

The timber frame houses are being sold with no additional flooring, bar the tiling in the bathrooms.

All the bedrooms have very generous wardrobe allocations. In the three-bedroom style, each of the large doubles has four-door wardrobes while the large single, big enough for a queen-size bed, has a two-door wardrobe. In many competing schemes the third bedroom often has no built-in storage.

All the houses are two-storey and come with a utility room. The four-bed semis measure 138sq m (1,488sq ft) and prices start from €380,000. The utility in this property style is situated upstairs on the landing. It means no more running down the stairs with armfuls of bed linen. The washer and drier are stacked and there is drying room to the right that can be hidden from view behind the room’s double doors.

The space has also been sheeted out in acoustic board to dial down any noise emissions from appliances, as well as having been tanked, drained and tiled to deliver a really smart use of just four cubic metre of space.

The four-bed detached properties have dual-aspect rooms, with the livingroom and kitchen both running the depth of the house. This style is the only one to offer an insert fire and ranges in size from 152sq m (1,648sq ft) to 158sq m (1,710sq ft). Prices start from €450,000.

The pricing is likely to make Dublin dwellers who aren’t restricted to living in a particular area really consider the jump to Kildare.

Naas has good commuter connectivity by bus and by rail, the latter even more affordable now that the town has been included within Zone One ticket pricing. However, this ticketing change means that a lot of rail users from nearby Newbridge have been journeying to the Sallins/Naas stop to catch the train, and commuter services have become congested. At peak times Dublin city centre is a 70 to 75-minute drive.

Dept of Housing to extend planning permissions due to expire during Covid-19 crisis
Property market has not felt full impact of Covid-19, warns Sherry FitzGerald
What sold for €535k in D7, Rathfarnham, Dún Laoghaire and Kilmainham
Savills launches online shop for new-home buyers
What sold for €265k in Dublin city, Poppintree and Co Wicklow