Handsome and historic home by the Malahide seaside for €2.1m 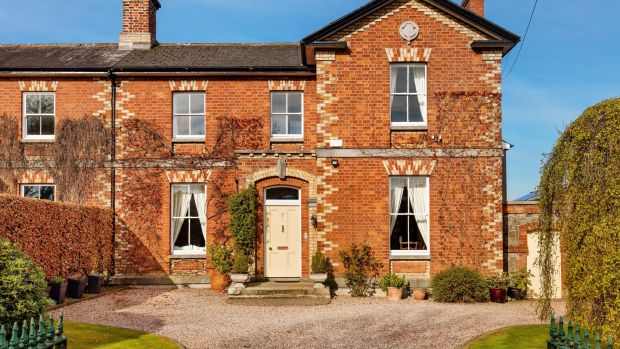 The eight semi-detached redbrick houses that make up Carlisle Terrace are classically Victorian in style and part of Malahide’s Church Road, about 200m from the village centre. They rarely come on the market – families tend to stay a long time – and when they do, buyers are often local people trading up from nearby.

That’s what happened when the current owners bought number 7 Carlisle Terrace in 1994 having lived in the northside seaside suburb since the late 1980s. The purchase was, says the owner looking back, a stretch, so it took until 2001 until they had the funds to renovate.

When they did, they went all out, modernising and decorating throughout and doing the basics such as rewiring and replumbing, and taking care that the new heating system featured antique-style radiators with underfloor heating in the kitchen.

They also built a two-storey extension to the rear – replacing an annex that was probably originally servants’ quarters. In all, the build took nine months.

Local lore has it the handsome eight – four pairs of semi-detached houses – were built in 1859 for Irish officers who had fought with the British army in the Crimean War, and that’s the story that has stuck.

Whatever about the original dwellers, the houses are viewed as an important enough part of the popular village to be listed on the National Inventory of Architectural Heritage and are protected structures.

Number 7, like its neighbours, is double-fronted, set back from the road behind railings and a garden, and atmospheric with its Boston Ivy covering. It has reception rooms – a formal drawingroom and a diningroom – on either side of the good-sized hall to the front.

To the rear is a Norman Pratt conservatory – the back of the house faces west – with remote-controlled blinds on the roof and windows. The kitchen was fitted in 2001 with John Daly-designed painted timber country-style units with a gas-fired Aga. There’s also a utility room.

The extension added a family room easily large enough for a baby grand piano, and a back stairs, pine and less grand than the main staircase in the hall, leads up to a double bedroom, with en suite, and a home office.

In the original part of the house are the three other bedrooms, all doubles, one en suite, and with fitted wardrobes added during the major renovation, as well as a family bathroom. In all the accommodation is spread over 218sq m, 2,345sq ft.

The rear garden, mature, well-tended and bound by the original stone walls, is an impressive 176ft long; it’s one of many reasons these houses, so close to the village, are prized. As well as an extensive lawn there is a Liscannor stone patio. The house backs on to Stable Lane, which is gated and number 7 has vehicular access.

The owners are downsizing locally and number 7 Carlisle Terrace is for sale through Sherry FitzGerald, asking €2.1 million.

Cut-stone country feel in the Dublin suburbs for €650,000