Victorian property with period detail and extension for €595,000 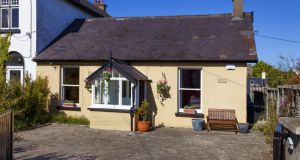 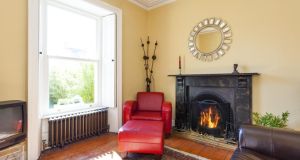 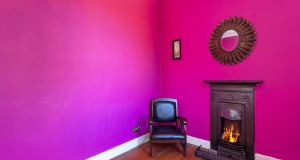 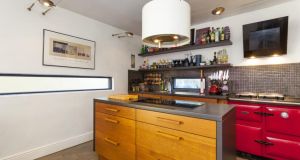 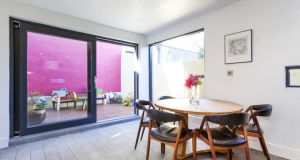 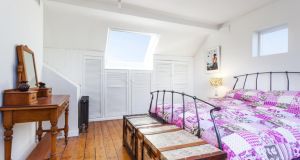 A cottage-style house on the main road of Greystones, Co Wicklow, a short walk from the Dart station in the town’s centre, has, like many of its grander neighbours, been modernised and extended in recent years. Although smaller than some of its neighbours, it has the Victorian features – marble or cast-iron fireplaces, centre roses, etc – of the period, and most have been retained.

The owners of the house, which was built in 1884, went to some trouble to do so: for example, the original red/ black/ yellow tiles in the entrance hall were taken up and replaced during renovations. Original windows have been replaced by double-glazed timber sash windows, but original shutters remain.

There are two receptions rooms on either side of the front hall. On the left is the drawingroom, with a marble fireplace and large window overlooking the front. On the right of the hall is a reception room that’s currently a large double bedroom, painted a dramatic red. There is another single bedroom off the hall at the back.

Steps down lead to a modern kitchen/breakfastroom extension with a neat island unit, red Rayburn range and a good-sized dining space. Floor-to-ceiling corner windows and a sliding glass door open onto a decked courtyard bordered by raised flowerbeds and sheltered by high walls.

One of the most striking rooms in the house is the family bathroom: it has a modern version of a roll-top bath, a red-tiled wall with cast-iron fireplace inset and a circular shower. The en suite shower off the main bedroom upstairs is just as smart – fully-tiled, two of its walls are covered in jewel-like tiles. The bedroom is a roomy double with Velux roof windows and under-eaves storage space.

There is room to park up to three cars in the gated front garden.