Garden heaven at former embassy mews in D4 for €1.095m 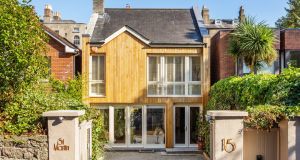 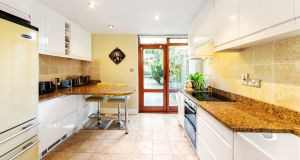 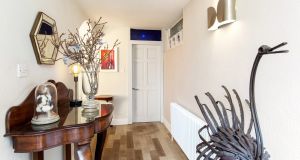 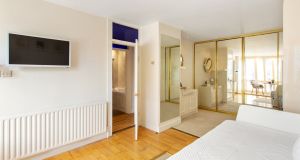 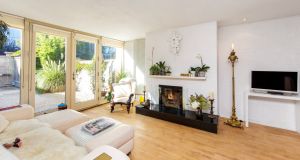 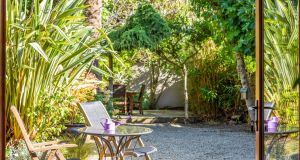 Number 15 was formerly the residence of the Bulgarian ambassador – a remnant of its diplomatic past remains in the brick-built security hut in the front garden.

The current owner bought in 2003 when she was downsizing and is now moving on from the three-bed detached home. It was built in the 1970s and when she purchased she changed the typical-of-its-era brick and teak window facade which greatly improved the look of the property.

It’s now cedar clad with new windows and two sets of glazed double doors to the front – one at the main entrance opening into the hallway, the other opening into the livingroom. She also updated the downstairs toilet, the kitchen and the upstairs bathroom.

Off the entrance hall is a large livingroom that runs front to back with an open tread staircase leading upstairs where there are three bedrooms – two doubles and a single. The largest bedroom has space to accommodate an en suite.

That may well be the first renovation decision for buyers this time around who will also probably do a general refresh throughout, maybe even extending the property (subject to planning permission) upwards or to the rear, an option not usually offered to mews buyers as the houses tend to be on tight sites. Not this one though which has parking to the front for two or three cars and when it was built it appears to have taken the lion’s share of the garden of the main house fronting on to Waterloo Road.

The rear garden of this mews is also a real find – at 11m (36ft) and with mature planting it offers plenty of space.

The mews is screened from the lane as it is behind tall timber gates, with pedestrian and vehicular access and a large office block opposite overlooks it. Called St Martin’s, number 15 Waterloo Lane, is for sale through Savills for €1.095 million.