Final phase underway at Belarmine near Stepaside from €345,000

Homes for first-time buyers and young families come to market 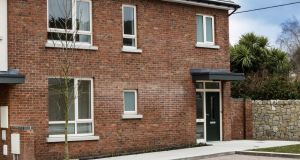 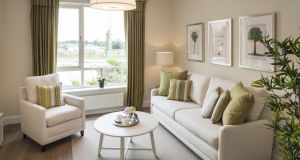 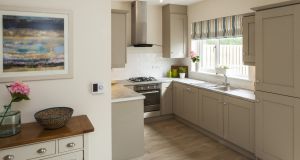 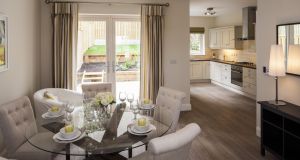 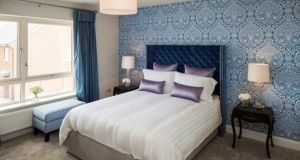 The second and final phase of Belarmine Woods, a new housing development near Stepaside, goes on display this weekend.

The new development has been built on the former training grounds and playing fields of the Lansdowne and Old Wesley rugby clubs.

The homes were built by Castlethorn Construction led by boom-time developer Joe O’Reilly after a hiatus of seven years. The 126-house development includes two-, three-, four- and five-bedroom A-rated homes. When the first phase launched in September 2015, they sold out and the 50 homes being released in this phase also look set to sell out such is the lack of family homes.

House types take their names from prominent Dublin rugby clubs: the Belvedere, the Landsdowne, the Wesley and the Bective. This phase includes a new version of the Wesley.

There are three fully furnished showhouses on view this weekend; plan A of the Wesley, a four-bedroom, semidetached 1,668sq ft house which is priced from €490,000 and plan B of the Wesley.

The plan B is also a four-bedroom, semi-detached house but has a south-facing garden and measures 1,808sq ft. This version is priced from €540,000.

All of the homes come with Mountlodge kitchens, integrated Bosch and Indesit electrical appliances, fitted wardrobes and tiled bathrooms.

Sherry Fitzgerald agent Geraldine Ruane says the homes will appeal to first-time buyers and families with young children, as they are spacious and cheap to run because of the A rating. Prices in this phase have increased by about €10,000 on the previous launch phase last September.

There is a playground and playing space for children in the development and Gaelscoil Thaobh na Coille is nearby.

There are also shops, cafes and a restaurant nearby, as well as a bus service, the number 47, whose terminus is in the Belarmine development. Stepaside village is a five-minute walk and Glencairn Luas stop is 15 minutes away.

The A-rated homes will have a mechanical heat recovery ventilation unit that supplies fresh air into the bedrooms and livingrooms, and roof-mounted Kingspan solar panels to boost the supply of hot water. Viewings this Saturday and Sunday, between 2pm and 4pm.