Extension potential with secret shared garden in Rathfarnham for €750k

Semi-detached 1950s four-bed with double garage retains its original layout, but shares a strip of land with six neighbours 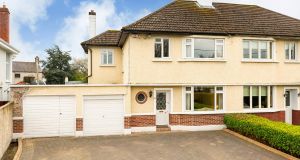 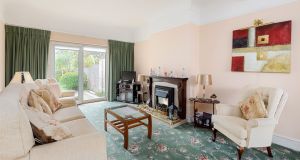 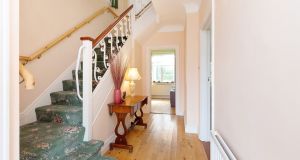 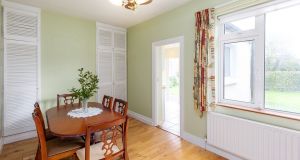 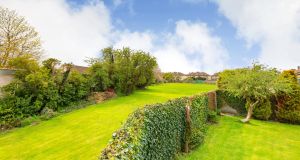 With land at such a premium in well-located Dublin suburbs, it’s unthinkable now that a large parcel of land would be simply left over after a new build, but it wasn’t always the case and in the 1950s when number 62 Butterfield Avenue in Rathfarnham and its neighbours were built, a patch of ground was left unused to the rear.

Measuring more than half an acre it is retained as a private communal garden – a small park really – by the owners of the seven houses. They maintain it too so it is a grassy walled park, accessed from the back gardens of each house. The houses were built on land that was once possibly part of the Orchard House estate and the rear boundary wall of number 62 is an old granite wall, always an attractive feature in a garden.

Number 62 – an executor’s sale – was built on one of the wider sites and so has a double garage to the side. With four bedrooms and 118sq m (1,266sq ft), it is a good-sized family home, and its owners maintained and updated it over the years without extending the semi-detached house.

A new bathroom was installed relatively recently, as were new kitchen units and the windows are double-glazed. A new brick patio was installed to the rear and the front garden was paved over to allow for parking for several cars.

At some time in the past the two reception rooms were knocked together and patio doors installed in the back room opening out to the patio. The porthole window visible to the front – a lovely 1950s feature – belongs to the guest toilet.

While it would be perfectly possible to move in, repaint throughout and do little else, it’s likely that buyers will embark on a significant renovation programme, encouraged by the potential to extend offered by the double garage and the back garden.

The house still has its original layout at the rear so there is a small breakfast room, opening into a small kitchen – not the open-plan configuration that growing families now prefer. The roomy landing could also encourage buyers to extend up into the attic.

The Ber is a chilly G – not unusual in houses from the 1950s – and new owners will probably seek to greatly improve on that.

Number 62 Butterfield Avenue is for sale through Colliers International seeking €750,000.

Róisín Ingle: After seven months of this headwreck, what needs to be done feels harder than ever
8