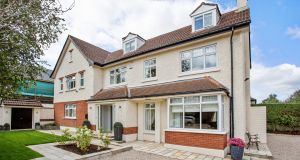 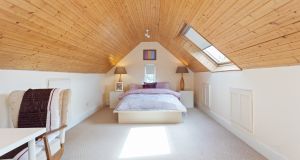 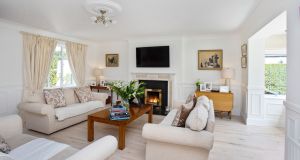 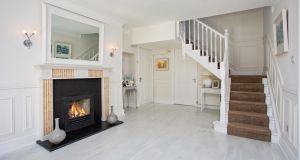 The fireplace in the hall at 7 Mather Road North 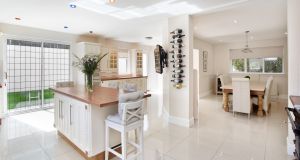 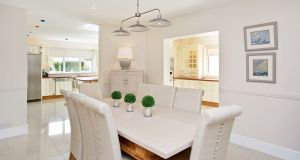 The diningroom at 7 Mather Road North 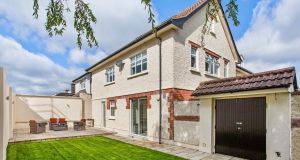 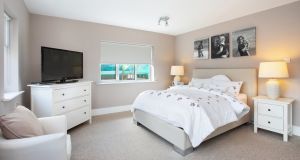 A bedroom at 7 Mather Road North

Lucky the suburban downsizer with a substantial side garden and the appetite for a new build through all its stages from planning to completion. The new house in the garden of 7 Mather Road North in Mount Merrion, Co Dublin, is nearing completion and so its owner is now selling what has been her family home for decades.

Likely buyers will be families trading up in the popular southside neighbourhood to the 282sq m (3,000sq ft) five-bed detached house.

Number 7 faces on to Cypress Road, its vehicular entrance is on Mather Road North hence the address, and it has been extended twice over the years. First, there was a small, single-storey extension to the rear to enlarge the kitchen area and in more recent years a significant two-storey extension to the side that is so seamless in style it looks original.

That build gave the pebble dash and redbrick property a sizeable livingroom with a bay window accessed via double doors off a fine hall – so big it has a fireplace – and upstairs a double bedroom en suite and another double bedroom further up in the attic. There are three more double bedrooms, one with en suite and a walk-in wardrobe and two attic rooms, one used as a bedroom. The family bathroom had a recent makeover. So for a large family this house will have appeal.

The bright kitchen is open plan with light coming in from three sides – the front picture window, patio doors and a window to the side and one to the rear. The large creamy coloured high-gloss floor tiles that run throughout further reflect the light and the kitchen units are white adding to the airy feel. Also downstairs is a good utilityroom and a shower room entered via a small room with frosted windows listed as a study but which would more likely be used as a cloakroom.

While there is ample bedroom accommodation there is only one – albeit large – livingroom, however a reworking of the kitchen space could hive off a good-sized family room.

The gardens are on both sides and to the front and are not significantly compromised by the new build which is entirely separate. The BER is D1. While the new build must have taken a great deal of the owner’s time, she didn’t take her eye off the main house and it is presented in walk-in condition.

Irishwoman in Madrid: I just hope my loved ones remain safe and I get to see them
9