Easy elegance in Ballsbridge for €1.6m

Once home to former president Mary Robinson, every room in this extensively refurbished house has a purpose and feels like it is used and enjoyed – right down to the garden sauna 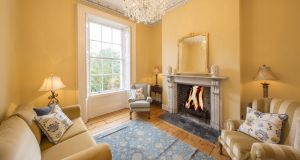 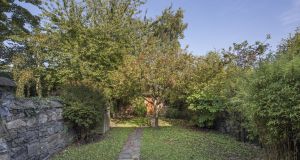 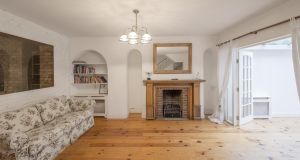 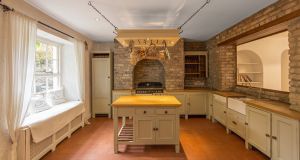 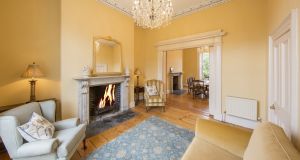 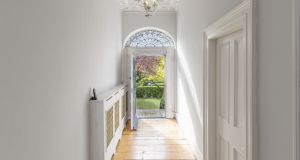 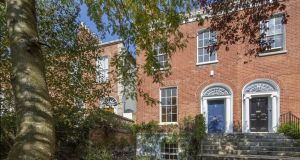 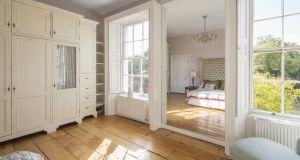 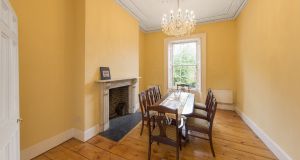 Wellington Place sits well back from its tree-lined curve in the road, kept private by high hedging and its own discreet air. Number 17 was built in 1850 and, not at all overcome by grandeur or age, has an easy going feel to it, a sense that its rooms are meant to be lived in, every one.

The layout is kitchen, family room, sunroom and bedroom on the garden floor, formal reception rooms and a second bedroom filling the hall floor, and main bedroom suite on the third.

The vendors, selling to move out of town, bought in 2001 and did an extensive refurbishment that kept most original features intact, while making additions that paid practical and aesthetic heed to the original style and design.

So it is that the highly crafted ceiling plasterwork and centre roses remain a feature, as do working shutters on sash windows, marble and cast-iron fireplaces, wide plank timber floors, a fanlight over the front door and ornate hallway arch. Exposed brick and stonework is a motif recurring on all three floors. Agent Felicity Fox is asking €1.6 million for the 222sq m (2,380sq ft) home with three reception rooms, three bedrooms (two of them en suite), a sunroom and 51ft long rear garden with sauna.

There are two returns, each with bedrooms. The main, third-level bedroom suite has sash windows to the front, a walk-in dressingroom and a large bathroom with cast-iron fireplace crying out for a touch of decadent decor.

The ceiling plasterwork in the formal reception rooms is impressively ornate. The shutters on the sash windows work and the white, dappled-marble fireplaces make a handsome pair.

The garden route to the sauna has a spreading crab apple and other trees.

There is a dual entrance to the front garden, with off-street parking for one car and on street for a second.

Sensational summer food: around the world in 26 dishes
3

Beginner’s guide: How to collect art for the home
10