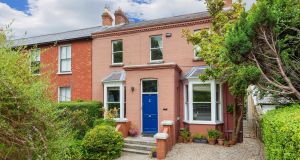 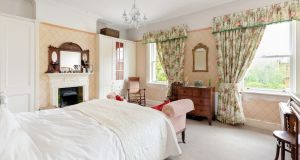 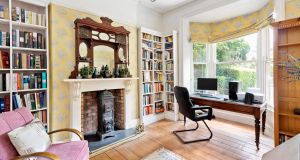 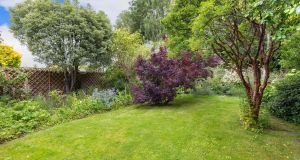 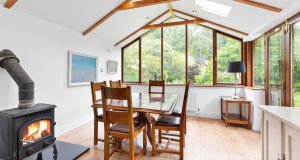 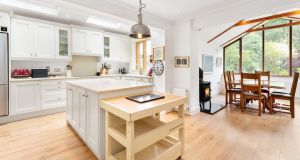 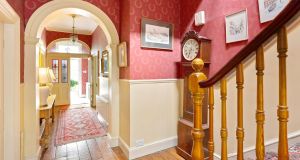 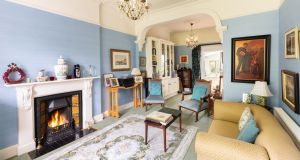 Best get the painted brick facade out of the way because it is the first thing buyers will see: sometime in the past, the redbrick front of 56 Park Avenue, a fine period house on Sandymount’s most prestigious road was painted a brick red.

It may not be the fashion now (but it was once) and it’s easily fixed – something that the buyer will likely do sooner rather than later. They may also rework the front porch which looks to be a later add-on – or not, because inside it provides an attractive entrance with terrazzo flooring and slim sash windows on either side with double doors opening into the inner hall.

Number 56 is an end-of-terrace double-fronted house but as it is different in style from its neighbours it is likely that it was built sometime before or later. It’s a charming property inside with a distinct country house feel, especially upstairs where some rooms have tongue-and-groove panelled ceilings. Its many period features include decorative plasterwork, attractive chimney pieces and stripped timber floorboards. With 225sq m (2,421sq ft), there are four bedrooms, all doubles, a fifth has been converted into a large family bathroom.

Downstairs there are three reception rooms – two on the right side of the hall, the front one with the deep bay window and shelved out as a study, and a larger room on the left side. This also has a bay window to the front and was created by knocking two smaller reception rooms together. It opens into the kitchen where a rear extension just three years ago made space for a large bright contemporary kitchen with smart cream units and an airy breakfast room with a pitched ceiling, extensive glazing and a wood-burning stove. There’s also a utility room and downstairs shower room.

To the front there is off-street parking for a couple of cars. The rear garden, with a patio, raised beds for vegetables and a greenhouse is the work of a keen gardener with its deep richly planted borders and lawn. It’s also long enough – at 26m – to accommodate a further extension without impacting it greatly. Number 56 Park Avenue is an executor’s sale through Sherry FitzGerald seeking €1.6 million.