Connemara cottage with a royal connection

The Princes Cottage near Roundstone was once lived in by Prince Milo from Montenegro. It’s now for sale at €470,000 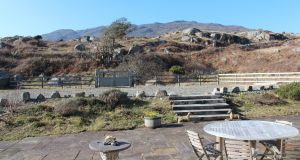 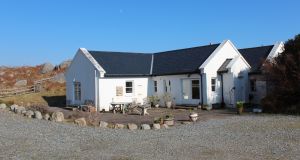 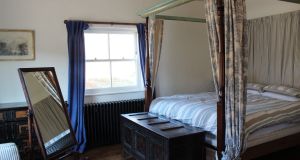 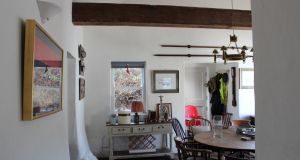 Galway auctioneer Matt O’Sullivan is asking €470,000 for The Prince’s Cottage, a five-bedroom house on an acre of land about a mile from the village of Roundstone in Connemara. Roundstone’s popularity with Dublin 4 visitors has earned it the name G4.

The house at Errisbeg is being sold by the Allens, David and Noreen who are well known in the antiques world. David ran Mullens auction house in Bray for many years, while his wife Noreen had Clifden Antiques in Clifden. This explains the interesting interiors of the Victorian cottage which has been a permanent, rather than a holiday home in recent years.

The family have a long association with the area, and with the land surrounding the cottage.

In the 1960s David Allen befriended Milo Petrovictch Niegosch of Montenegro, a prince who eloped with a Mrs Bruen of Oak Park in Carlow, settling in a house she owned in Roundstone.

After Mrs Bruen died, the prince stayed on in the house and became a virtual recluse though David continued to be a friend. He agreed to buy the house and land, allowing the prince to remain in residence until his death in 1978. Since then, the original parcel of land has been divided up and what is being sold now is the 1850s house which has been refurbished in recent years. The house looks out towards Errisbeg Hill and there are sea glimpses from the upper floor. The heart of the house is the large kitchen cum diningroom with its high-beamed ceiling and floor of antique ochre and black tiles.

Doors open on to a big patio with 200-year-old York flagstones. The livingroom has the original hearth, and a spiral staircase leading to an attic bedroom.

There are four further bedrooms, the main bedroom having an en suite. The neighbourhood has plenty to offer, at least in the warmer months, with the gorgeous Dog’s Bay and Gurteen beaches within walking distance and it’s a short run into the shops and the famous O’Dowd’s pub of Roundstone.