Clever use of space and insulation in Terenure 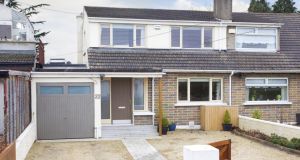 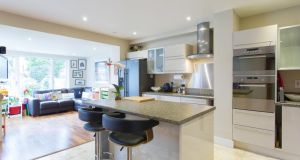 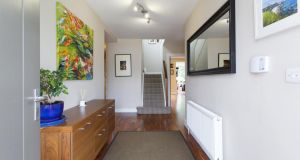 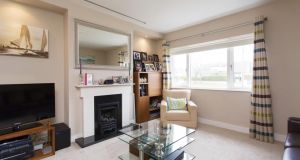 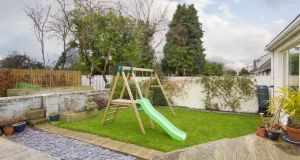 When Robbie Hamilton purchased 22 Limekiln Road, Terenure, in 2008, the house was in the same condition as when it was first built in the 1940s.

“Oddly, the kitchen was in the front hall,” says Hamilton, who lives here with his wife, Hilda, and their two children. The previous layout was indeed strange and prerenovation photographs show kitchen cabinets lining the hallway just inside the front door.

Hamilton, an engineer by trade and managing director of CRM, an interior fit-out company, gave the house a total overhaul, adding a bedroom and bathroom to the original design and moving the kitchen to a new space overlooking the sunny south-facing garden.

The architecturally designed layout now includes an open-plan kitchen/dining/livingroom, which opens out to a wooden deck. A further livingroom lies to the front and features a recessed cinema screen, which slides away out of sight into the ceiling.

The side passage of the house was incorporated into the design and now houses a bike shed, bathroom and good-sized utility. The garage to the front has been dry-lined and is fitted with heating and electrics, so new owners have the option to utilise this as a further bedroom, office or playroom.

One of the features of the house, besides the clever use of space and attention to detail in the furnishings, is the insulation. The property has a B3 BER. “We spent a fortune on insulation,” says Hamilton. “It’s under every floor and in all the external walls, and we also installed sound boards against the walls of the house next door.”

Solar panels were installed on the roof and the family have no hot water bills from March to September. The house also has a four-zone heating system, which helps keep heating costs down.

Upstairs are three bedrooms, one of which is a new addition in the extended roof, and a large family bathroom.

The rear garden is south-facing and the family grow salad crops and fruit in summer months. New owners may want to plant a few climbers to hide the adjoining wall next door.

The Hamilton’s are moving to Sandymount and have placed their 140sq m (1,506sq ft) house, in turnkey condition, on the market through estate agent Lisney with an asking price of €495,000.

What will happen to house prices after lockdown?
3