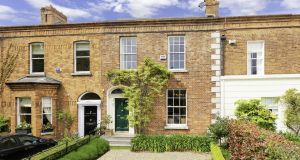 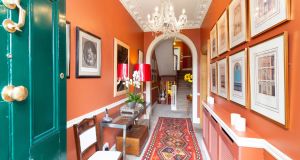 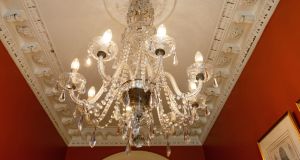 The ceiling with its period features. 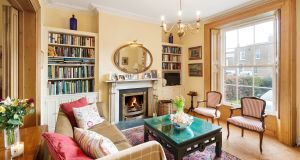 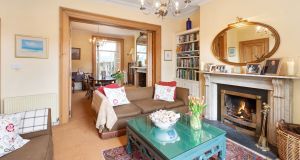 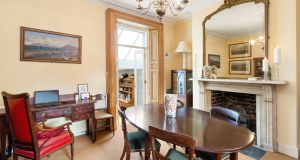 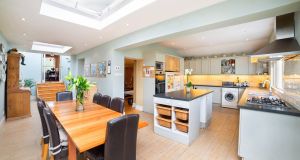 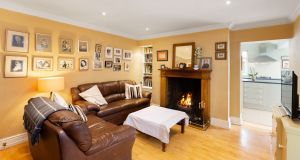 The sitting room off the kitchen. 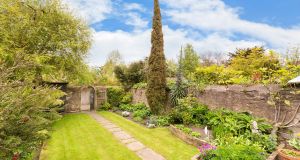 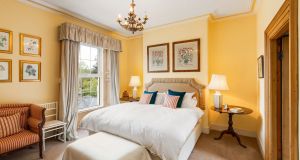 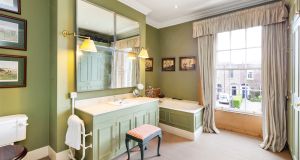 In her day Cecily MacMenamin was one of Ireland’s top fashion influencers. She was invited by the billionaire owners of Brown Thomas, Galen and Hilary Weston, to set up a luxury fashion concession, Private Lives, in the store, where her daughter, Sarah MacMenamin, recalls sitting as a young girl doing her homework as her mother “sold gorgeous garments to the rich and beautiful people, who sipped champagne and smoked cigarettes”.

In her private life her house at 113 Tritonville Road was a place where she and her husband relaxed and read books, together creating a beautifully ambient home.

The 192sq m / 2067sq ft house had been subdivided into flats when they purchased it in 1987 prompting the sisters to cry when they first clapped eyes on it, Sarah recalls. There wasn’t even heating in the place. But their now deceased mother, a former model, recognised the residence’s fine bones, and set about stripping all its architraving, and waxing the timber doors and window surrounds throughout. While it was plumbed for heating it took two years before it was installed.

The house is a very serene space, its decoratively plastered hall painted a rich terracotta that is now back in vogue although the photographs here have washed out the restful colour on the rooms, in particular the interconnecting living and dining rooms.

These are beautiful square-shaped rooms that have matching marble fire surrounds. In the living room two muddy green linen sofas are set around a turquoise lacquered Chinese table on which sits a large willow bowl filled with shells, many collected on the couple’s honeymoon to the Seychelles.

In the dining room the original window is now a set of doors that, via a set of steps, leads down into the L-shaped, eat-in kitchen. This is the part of the house that most needs upgrading. The roof lights on the felt roof extension need replacing but the layout gives you a feel for what might be possible, subject to planning. While fairly basic by contemporary standards it served Cecily perfectly well rustling up suppers for gaggles of guests several times a year.

On one wall hangs a painting by Ken Moore, a friend who had decorated the Beatles homes in the 1960s, and designed Hilary and Galen Weston’s house in Roundwood, and the interior of Brown Thomas in the 1970s. It was MacMenamin who introduced the couple.

The garden is nothing short of gorgeous. Facing due west it has a flagstone patio, specimen trees and plants and feels captivatingly private.

There’s a small den with a large open fire that is accessed from both the hall and the kitchen and while the temptation might be to open this all up, there is real charm to having another room with a door where kids or adults can escape.

Here a chair, once gilt, now a bone white, that had belonged to Brown Thomas and had been used for its inhouse fashion shows from the 1950s on and set out in rows on either side of the catwalk.

Painted an avocado green, the room has wall-to-wall wardrobes but the main feature here is the large tub. Cecily was a bath woman, eschewing showers in favour of a daily soak and when travelling for work insisted that any hotel she stayed in had one.

The property, is asking €1.3 million through agents SherryFitzGerald.