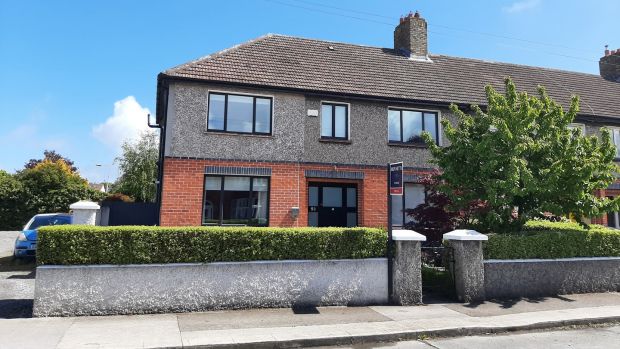 “We did a back to-the-brick renovation and extension so the house is literally new,” says Shane McGonigle of his home at 59 Wilfield Road in Sandymount. Along with his wife, Sinead, McGonigle decided to install a super-efficient heating system: “It means that out running costs for electricity, gas and hot water average about €250 a month, and we believe it is testament to the standard of the build that the energy rating (B2) has remained identical after 10 years.”

The couple have lived on the road for the past 20 years, and moved from No 65 – which is only three doors up – to Number 59 in 2010, when they were “running out of space” with their third child on the way. After they purchased the house, from the estate of the late occupant, Mrs Thompson, they discovered she had had a tortoise who had lived in the back garden for decades, until it was attacked by a bird who had cracked the reptile’s shell. Word has it that the tortoise, who can have a life expectancy of 150 years, is now living in Dublin Zoo.

The property, still in excellent condition, has three bedrooms, and the attic, which has been converted, is also laid out and used as a fourth bedroom for overnight guests.

An extension to the rear houses a large open-plan living and diningroom, with a streamlined kitchen set into a recess. It has no upper units on one side, opposite an entire wall of storage on the other, allowing all appliances and kitchen accoutrements to be stored out of sight. The fact that the property is double-fronted means it has two reception rooms, in addition to the open-plan livingroom in the extension, which will certainly appeal to families needing a home office or just additional space for a bit of peace.

This extension opens out to the good-sized rear garden, which has the benefit of rear pedestrian access. Though laid out with some trees and a patio for dining, it would benefit from further planting. The fact that the house lies at the end of a terrace means that there is access via a large side gate for hauling in plants or machinery.

Extending to 198sq m (2,131sq ft), its excellent condition and sizeable garden will appeal to families looking for a home close to the city in Dublin 4. Number 59 is now on the market through Bennetts Auctioneers seeking €1.15 million.