1930s transformation to family haven in Foxrock for €2.45m

Laragh, an attractive, spacious three-storey house given a total overhaul in 2011 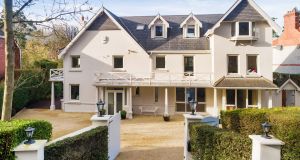 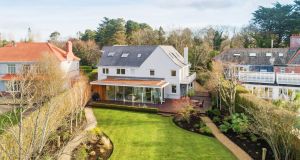 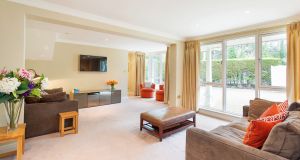 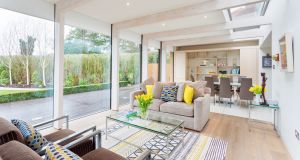 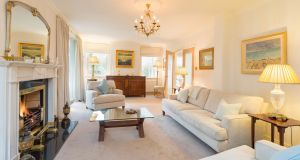 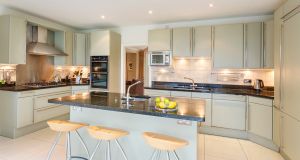 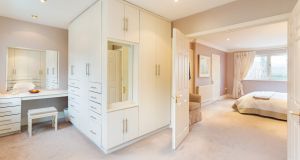 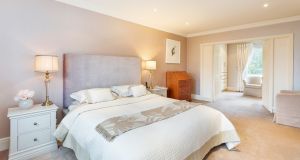 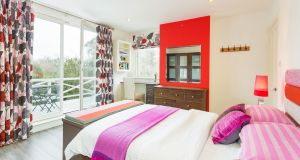 Laragh, a substantial house extending to 382sq m (4,112sq ft) over three floors was given a total overhaul in 2011 overseen by architect Graham Petrie of PAC Studios in conjunction with interior designer Mary Ryan.

“What was remarkable about this project, was that I recognised the house immediately – my father had bid on it in the 1970s but we ended up elsewhere, so here I was 40 years later helping to transform a house that nearly became my childhood home,” says Ryan.

The house dating from the 1930s, was originally two units “a large house, with an add on” remembers Ryan. “The layout didn’t make sense, it was dark and rooms didn’t meet – as they were connected by corridors.”

The brief was to create a contemporary home and change the layout to focus on the children who were now young adults.

The house was opened up – it now has a great flow throughout – and a large glass and bleached timber pavilion-type structure was added to the rear. Reflective glass was used to integrate the house with the substantial gardens, which extend to 0.4 of an acre, and each window has electric blinds.

Internally the property which sits behind electric gates, has three fine reception rooms. The pavilion room contains the dining and living area – with the deliberate omission of a television to create a space for family conversation. This room spills out onto a huge wraparound deck through two sets of glass doors allowing a fine space for entertaining.

Adjacent is the formal living room running the full width of the property, which has the benefit of being triple aspect, with further access to the garden.

To the front of the house – in what was originally the add on – is now a large cinema room, and the set of stairs hidden in a recess is really the only tell-tale that this house had a past, as the rest really feels like a new structure. These lead up to a very private guest wing with a spacious bedroom and bathroom.

As the property is set over three floors, it allows for a further five bedrooms upstairs.

The principal bedroom, as one would expect of a property of this size, is spacious with a fine dressing room and en-suite.

The room to the rear looks out over a Sedum roof, which besides giving an extra layer of insulation, changes colour through the seasons. Its current pink hues echo the punch colours of two acers in the rear garden.

On the second floor are two bedrooms separated by an open study.

Apart from the size of the property the gardens, which back on to Leopardstown Race Course, will really appeal to a family. Set in two distinct zones, the rear is elevated and used as a sports area, while the areas surrounding the house are well manicured having been landscaped by Doyle Landscapes in Cabinteely.

The property is on the market through Sherry FitzGerald seeking €2.45 million.