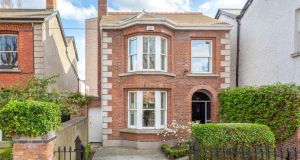 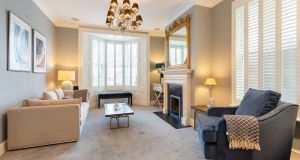 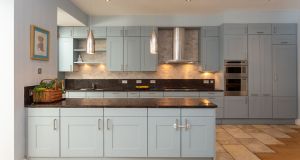 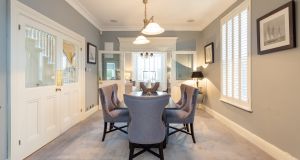 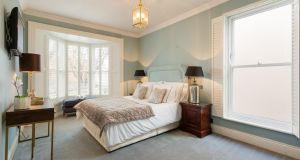 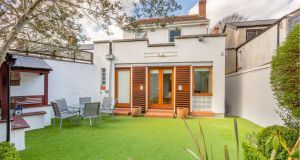 St Mary’s Road, the quiet tree-lined avenue which connects Northumberland and Pembroke roads is a popular spot in Dublin 4, due to its proximity to the city centre and lack of traffic. Most of the houses are spacious red-bricks dating from the Victorian era.

Number 3a was constructed in 1992 in the side garden of the adjacent house at number 3 – in a style sympathetic to its neighbours along the road. In 2002 an extension was added to the rear giving a bright open-plan living and informal dining space. This in turn added a third reception room to the property and increased the floor space to 197sq m (2,120sq ft).

At garden level there is a great flow through the property – thanks to the two sets of double doors, allowing the entire ground floor to open up, from the front drawing room, through the dining room and into the large open-plan kitchen and living area to the rear.

Upstairs are four bedrooms, a single and three generous doubles, two of which are en suite.

The rear garden, though not as large as its neighbours, is in courtyard style, with an Astroturf lawn, and a barbecue space set in an L-shaped pergola. There is access to the lane which will be of benefit if new owners decide to develop the garden further. There is also valuable off-street parking to the front of the property.

The house was originally sold in 1992 for €210,000 and later appeared on the market in 2005 seeking €1.95 million. It appears to have sold at auction in September 2005 through Lisney for €2.6 million, at a time when larger period houses in this locale were selling for in and around the €5 million mark. It is now for sale through Hunters seeking €1.575 million.

Health Hints for the Home: Worms in children
Real news has value SUBSCRIBE