Moving, moving: How to trade down

One agent says downtraders now account for 9 per cent of the Dublin property market. When should you do it, what is available and what do you do with all that house furniture? 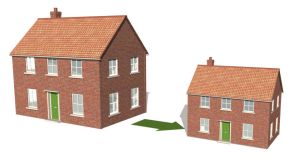 Seán Murtagh was savvy enough to realise that the four-bedroom semi-detached house that he and his wife lived in, in Ballinteer, could be used to turn the page on a new chapter in their life together.

They had married young and the couple’s two daughters were in their 20s and had flown the coop. The couple had been living in their house for 25 years when they put the 1,100sq ft property on the market about 18 months ago. With the money from the sale, they were able to pay off what was left on their mortgage and buy a two-bedroom top-floor apartment in nearby Dundrum.

They didn’t downsize by much, moving from 1,100sq ft to 800sq ft with another 100 ft of outside space in two balconies, one west-facing with sunset views. They have been living there since last Christmas and have saved “quite a bit” on heating bills. Being on the top floor means their home is warmed by the properties below. The development is gated and has security camera surveillance.

Murtagh (51), however, is nowhere near retirement age. He says he has another 12 or 15 years of work ahead of him but they just saw the potential in making a move many people only consider in their 60s or 70s at a time when he and his wife could really benefit from it.

There is room for one of the kids to boomerang back home if required, but Murtagh and his wife have meanwhile set their sights on a place in the sun, in Portugal or France, where they could spend six months of the year when retirement time does come around.

They were lucky. Had they waited another six months, he is not sure they could have moved, given the recent bullish behaviour of the Dublin housing market.

Trading-down sales accounted for 9 per cent of business in the first four months of 2014, up from 7 per cent at the height of the boom, says Siobhán Corcoran, economist with SherryFitzGerald.

“The potential for growth is significant,” says David Lawlor of Hooke and MacDonald. “Currently 8 per cent of the population of Dublin occupies over 20 per cent of the housing stock. Many couples whose families are reared are occupying four- and five- bedroom family houses that are much too big for them, expensive to maintain and incur high property tax charges.”

Freeing up some of these homes would open up the market, he says.

We are living longer, too. Out of a population of 4.441 million, 12.4 per cent is aged 65 and over, according to the OECD’s Statistical Profile of Ireland, published in November of last year using 2012 figures. That’s a potential market of more than 358,000 older people nationwide. Life expectancy for men is over 78 years and for women it is 82 years.

Those trading down are cash buyers and are “reinvesting a half to one-third of the monies earned on the purchase of their new, smaller property”, says Pat Mullery a seasoned negotiator with DNG.

Gordon Lennox, a director at Sherry FitzGerald, says most people want to stay in the same postcode or parish. “The holy grail is a bungalow, if they can find it, or a two- to three-bedroom house in a small development, but those type of schemes are no longer being built.”

While all downtraders often say they want to buy something traditional, they can change their minds once they factor in the building energy rating and the work that may need to be done in second-hand properties. Instead, they’ll opt for somewhere that’s easy to heat, with access to the main transport hubs and “on the route of the Aircoach bus that can deposit them at the airport to catch a Ryanair flight to the sun,” Lennox says.

Aside from the general dearth of housing stock, there are legislative reasons for the shortage of suitable homes for the so-called silver surfers. Apartment complexes of 100 units with underground car parking are now prohibitive to build, as all the funding has to be provided up front.

Comparatively, a scheme of 100 houses can be built and sold in tranches, up to 30 at a time, says Jimmy Healy, spokesman for the Construction Industry Federation. While there is planning permission granted for 30,000 housing units this year, apartments account for 21,000 of those.

Lennox says the 2011 Multi Unit Development Act which was in part designed to stop management companies charging outrageous fees has just added more red tape to the problem by preventing the building of small developments of houses with common grounds.

There are two stages to trading down. The first is the active retired, a couple or single person moving out of the family four- or five-bedroom house. The second stage is to sheltered living or even a nursing home. This type of stock is as rare as hens’ teeth, Lennox says. He names Beechfield Haven and Maryland in Shankhill as a good example of a private development of retirement homes situated in the grounds of Beechfield Manor nursing home, where residents have their own front door, can opt into meals offered by the nursing home or cook themselves and have care on their doorstep should they need it. “It makes so much sense. They can feel independent but not abandoned.”

Can you afford to trade down?

Trading down is brisk in south Co Dublin, in particular in houses asking €1 million or more, says Stephen Day of Lisney.

To trade down effectively, your home needs to have a significant worth to begin with and be relatively mortgage-free. Anything below €600,000 makes the move “very tight to execute.”

If selling a €700,000 house with a remaining mortgage and other associated costs, you could be left with €450,000 from which to buy a two-bedroom apartment for about €300,000, leaving about €100,000 in cash to fund your lifestyle, Gordon Lennox, a director at SherryFitzGerald, says.

People downsizing take longer to make the decision to move, says Pat Mullery of DNG. “There is less pressure on them to sell. Bridging finance isn’t an option. They tend to sell first and then buy. The fact that they then become a cash buyer does give them bargaining power when it comes to buying.”

If it is a couple downsizing, they tend to want to buy a house, Mullery says. “If one half of the couple has passed on, the remaining partner tends to prefer to buy an apartment.” When buying into an apartment complex, ask about management fees and about security in gated communities.

What to do with all your furniture

A lot of furniture has to be disposed of when you trade down. Auction houses are one option, says Mullery, who often advises on which auction house to choose. Is it good enough to merit calling in Adams on St Stephen’s Green or would it be better placed in Mullen’s, Laurel Park, Bray, an auction house that scours the property pages to find houses for sale with the right kind of furniture for their auctions.

Mullen’s Debbie Palmer says: “When we see such a house we write to them to see if they might be interested in having Joe Mullen pay them a visit to value the furniture and furnishings.

“We don’t buy them. Rather we sell them on behalf of the client and take 15 per cent commission.”

The average house contents sale will earn “a couple of thousand euros”. Transportation of the contents of an entire house will cost between €500-€600 and will be subtracted from the monies earned. The lots may take three to four auctions to sell.

What happens if one family member discovers their beloved sideboard that had been promised to them has been put up for sale?

It can be withdrawn before the auction but if it’s sold it is sold, Palmer says. Mullenslaurelpark.com

TRADING DOWN: FOUR TO BUY 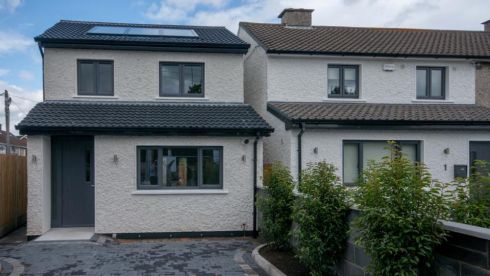 This property is a new build constructed on a corner site in a former council house estate that was built in the mid 1950s. The three-bedroom property, 122 sq m (1,313sq ft) has a northeast facing garden. Ber B1 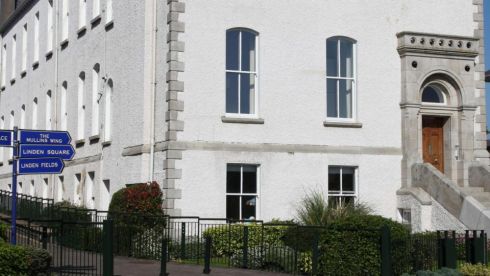 This two-bedroom apartment is within what was formerly a convalescent home converted into 10 apartments in 2003. It retains the high ceilings and proportions of a period house. The property is on the second floor. Ber exempt 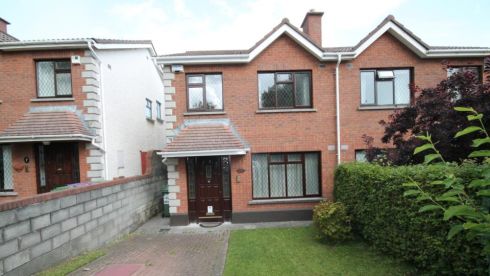 This three-bed bedroom bungalow, one of four bungalows in a gated development, was built in 2002. It has very little garden space. Insulation will need an upgrade. Ber E1 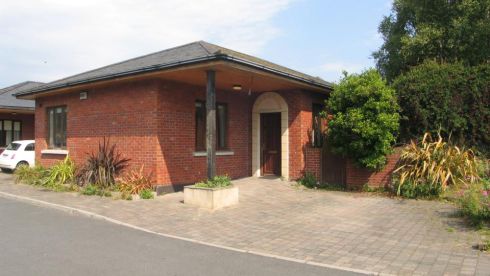 This redbrick-fronted Tudor-style semi was built in the mid 1980s. The two- bedroom house, 90sq m (968sq ft) has a north-facing back garden and is adjacent to Loughlinstown Hospital. Ber D1